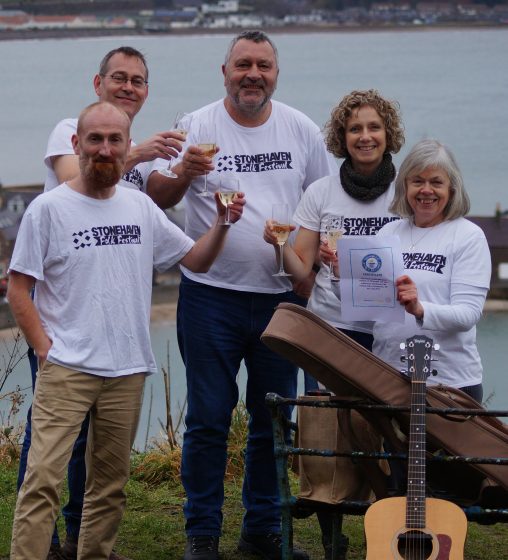 It took months of planning to meet the stringent requirements for last year’s attempt to set a new record for the world’s largest ceilidh band. Forms had to be filled and strict evidence protocols followed. Stewards, counters, dancers, video photographers and even Aberdeenshire’s Lord Provost were needed to ensure the event met the challenge.

Nerves were taut as the July attempt date approached. Guinness World Records require a minimum of 250 participants for any mass participation record to be set.

Liz Johnstone was so determined to recruit, that no musician was safe.

“I would accost people anywhere,” she said.

“I was standing in a queue in Glasgow and spotted a woman carrying a violin case, so I asked her if she could play. It turned out she was a member of the National Fiddle Orchestra.”

Meanwhile Scottish Culture and Tradition tutor Sandy Tweddle, who was musical director on the day, was teaching all his pupils the tunes for the ceilidh dance sets.

There was the usual last minute panic. T-shirts had been ordered both to identify the musicians and, cunningly, had music printed on the back to help the rows of players. But they did not arrive until literally minutes before the non-stop procession of tin whistles, guitars, bodhrans, banjos and fiddles appeared at the Mackie Academy school hall.

frustration over the following months: new records are not declared without rigorous vetting of the evidence provided.

Meg Findlay said: “You can imagine how I felt when they came back and said they needed a list of names and instruments of all the participants.”

So it is with absolute triumph that the committee of Stonehaven Folk Festival now declare themselves ‘officially amazing’. And they have the certificate to prove it.

CAPTION: MUSIC to their ears. The delighted ceilidh band organisers celebrate hearing they have set a new world record.