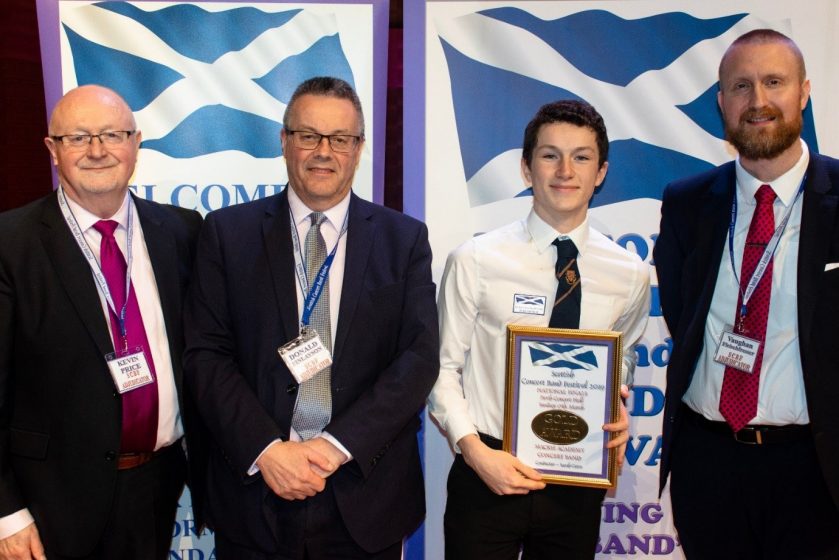 MACKIE Academy’s school concert band was one of three from Aberdeenshire to receive an award at the national finals of the Scottish Concert Band Festival.

Cllr Gillian Owen, Aberdeenshire Council’s Education and Children’s Services Committee chair, said: “Once again pupils from Aberdeenshire schools have been honoured for their musical talents at the National Finals of the Scottish Concert Band Festival. I would like to thank the hard work and dedication shown by not only the pupils themselves but also the teachers and staff who have played a key role in these school concert bands being given these prestigious awards.”

Committee vice chair Cllr Mark Findlater said: “This is a fantastic achievement, of which pupils, teachers, staff and parents can rightly feel proud. I would like to pass my congratulations on to all involved.”

Justin Brook, Aberdeenshire Council’s Instrumental Music Manager, said: “I would like to say how proud we are of all the musicians who took part in the festival to achieve these impressive results.”