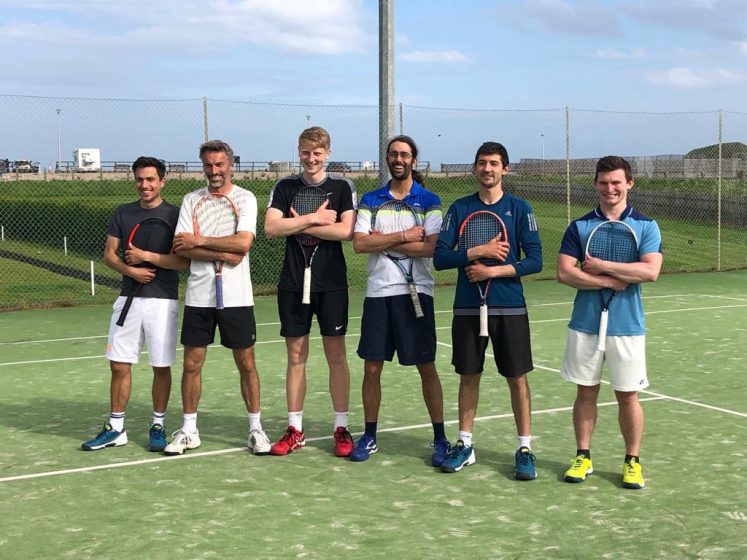 The Scottish Cup is the premier inter-club tennis competition in Scotland and was first played in 1896!

The Stonehaven men’s team have reached the semi finals for the first time in the club’s history.

A team consisting of (from left to right) James Kirk, Bruce McIver, Patrick Young, Guillaume Hermann, Fergus Hermiston and Kieran Hamilton beat Giffnock 5v2 in Saturday’s quarter final to reach the next round.

The semi final against Whitecraigs (from Glasgow) is due to be played on Saturday 15th June at Stonehaven Tennis Club. The match is due to start at 1pm so please come down and show your support to the team.

The other semi is between Thistle (Edinburgh) and Newlands (Glasgow) with the final scheduled for 23rd June in Edinburgh.