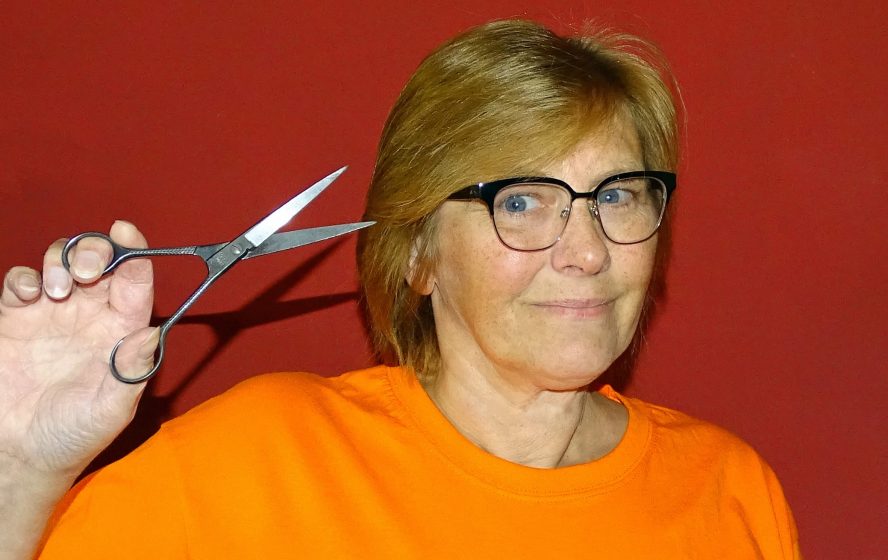 THE widow of popular north east MSP Alex Johnstone who died after battling cancer in 2016, is to have her head shaved for Myeloma UK as she herself fights this illness.

After suffering a range of ‘aches and pains’ Linda Johnstone, who lives in Stonehaven, was given a battery of tests before being diagnosed with Myeloma, a rare and incurable blood cancer which originates in the bone marrow.  She was also found to have another type of blood cancer called Amyloidosis – a rare serious condition caused by the build-up of an abnormal protein called amyloid in organs and tissues throughout the body.

Since the shock diagnosis, Mrs Johnstone has undergone a programme of chemotherapy sessions over the summer, but now faces a stem cell transplant after having her own immature stem cells harvested over a three-day period in August.

In the next stage of treatment, Linda will have the stem cells transfused back in a process that could see her kept in semi–isolation in hospital for up to a month.

Mrs Johnstone said, “Just before the stem cell transplant, I will be given a large dose of chemotherapy which will kill off my immune system to allow the new cells to begin functioning normally, but a side effect of this is that my hair will fall out.”

Linda said that for many people, especially women, losing hair during chemotherapy treatment can be particularly distressing, but she wanted to “turn a negative into a positive” and raise much needed funds to help find a cure for the disease.

She said: “I am hugely grateful to the many medical professionals who have been involved in my treatment so far.

“I’ve also been extremely fortunate in being given the chance of a stem cell transplant, as although the type of cancer I have is incurable, it is treatable and it can be managed”

The event which includes a raffle with prizes donated by local businesses, takes place on Monday 16th September at 7pm at the Belvedere Hotel in Stonehaven.  Mrs Johnstone would like to encourage as many people as possible to come along to the event, and if anyone would like to make a donation she can be contacted through her Facebook page ‘Myeloma and me- Lindas Journey’