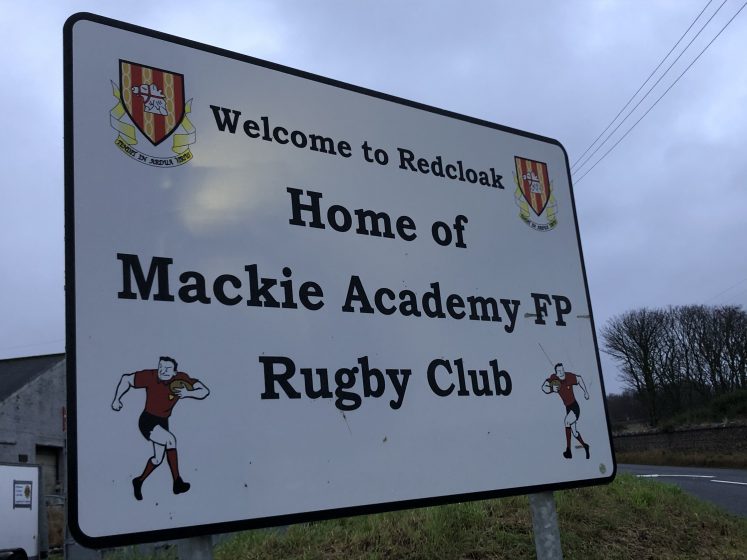 ON an afternoon when many games across the country had been postponed due to frozen grounds, this Caley North 2 league game between Aberdeenshire and Mackie went ahead at a very cold, but bright Woodside: a ground at which historically Mackie has found it very hard to come away with anything to show for their efforts.

Saturday proved no different. The first half was a story of a dominant Shire having the vast majority of possession, barely allowing Mackie out of their own half, let alone being able to get anywhere their try line. With so much pressure from the hosts, despite some valiant Mackie defence, it was no surprise to reach half-time with the men in yellow leading by 3 tries to nil (17 -0)

At the start of the second period the Stoney boys at last made some inroads into enemy territory and came away with a well- deserved Matty Foster try, converted by Kyle Mair.

The hosts, however were not finished and added a further 2 tries, one of which was converted. Andy MacArthur added a consolation try late on, and the conversion from ‘Moley’ brought the final score to Shire 29 – 14 Mackie.
At times this game seemed more like an episode of ‘Casualty’ with 2 cut heads and numerous walking wounded.

It is important to remember this was only a game of rugby.

In closing this report, I feel I must make comment on an incident at the closing moments of the game and what followed.

In the final scrum, Richard Leadbetter, one of the Mackie replacements, injured his back and, as the final whistle sounded, he was unable to get up. The first-aiders on duty made him as comfortable as possible and immediately called for an ambulance.

The length of time which it took for this ambulance to arrive was nothing short of a disgrace.

Rich was left lying on very cold ground, in increasing darkness, for close to an hour. Thankfully, his injuries are not as serious as feared, but that is no thanks to the organisation of the ambulance service.

There is no game next Saturday, but Moray will be down at Redcloak on Saturday 14th December for a 2 p.m. kick-off.