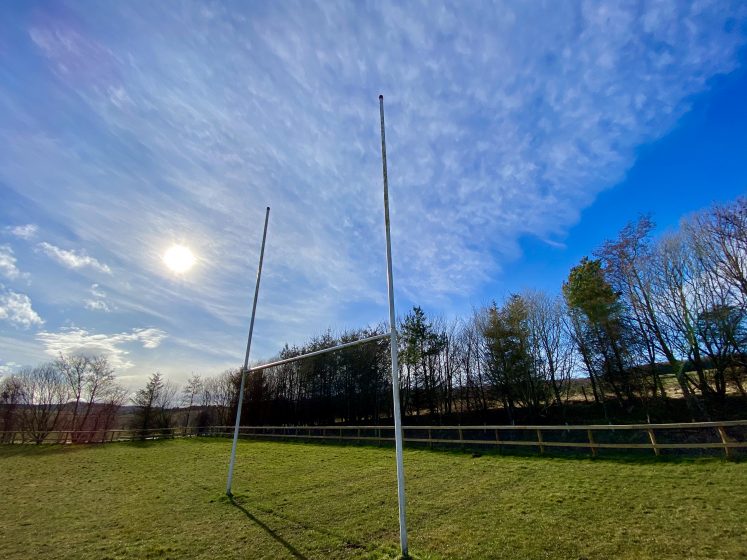 STONEHAVEN’S rugby club has the money to develop a sports facility that could be used by other groups and are keen to find land that suits.

He told those present the club still has its first XV pitch for seven years. But they have money in the bank and willing benefactors waiting in the wings – and a wish list they would love to fulfill.

If suitable, flat land can be secured, the rugby club would develop the pitches they need, along with parking and club house facilities.

Mr Venters said the club would create a trust to own the amenity. He said they were open to collaberation as they would hope to bring many sports and leisures together to share the facilities.

The Mackie FPs formed in 1976 and introduced the Minis in 1984. It is now the second largest rugby club in Scotland, with 335 players, 45 trained and approved coaches and a development officer who visits schools teaching rugby.

Mr Venters said: ”Our players participate in the Caledonian League then, through universities etc, they go on to participate at the highest level, including international.”

And the self-funded club is successful financially, with assets totalling over £100,000.

All of this could be boosted with pledges from benefactors, ‘willing to invest for the good of rugby in Stonehaven’.

Flat land is the key, which is not easy in a town famed for its bowl setting. Much of the suitable land around the town is earmarked by developers, who often use facilities such as sports pitches as inducements in the planning process – so are not keen to part with land up front.

Mr Venters said the club were in discussion with various landowners and developers and had identified land that would fit the bill.

Jim Stephen encouraged Mr Venters to ‘crack on – do it’. He said a successful project had been completed via the Garioch Sports Trust, which has provided a sports centre in Inverurie.

”When you have other groups together, it works. They are the same mentality of people as us – dour,” he said.

”The hardest thing was to get the people round the table and agree they want to work together.”