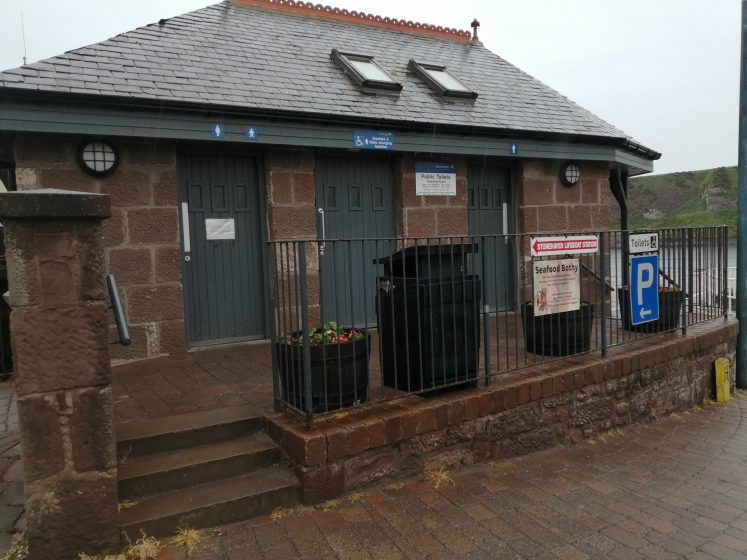 VISITORS to Stonehaven harbour will be relieved to hear its public toilets are re-opening on Wednesday July 8.

Aberdeenshire Council have announced a list of locations across the Shire that will become similarly convenient next week:

While our loos have been on lockdown, it appears not all residents of the North-east have been considerate in dealing with their needs.

According to a local authority spokesperson, a minority of people have been criticised for treating the countryside like an outdoor toilet, with many instances of human waste being reported across the region – particularly associated with camping.

The Council has some advice for answering the call of nature when out and about, with some Dos and Don’ts from the Scottish Outdoor Access Code: