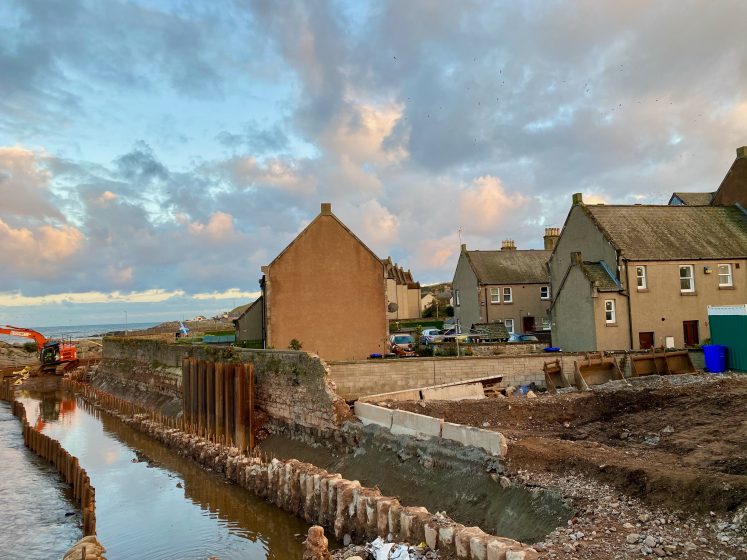 A LISTED wall at the River Carron will no longer be demolished as contractors are undertaking their works while conserving the structure.

The section in question forms the rear boundary for properties in Arbuthnott Place, Carron Springs, Bowmount House and Burnside. It was given category C listed status in 1980 and is within the Stonehaven conservation area.

Earlier this year, McLaughlin & Harvey were granted listed building consent for the demolition then subsequent rebuilding of the old stonework.

Some 13 locals had objected to the proposals. They cited concerns including the loss of character and heritage of the wall, and the impact on the stability of the remaining section not earmarked for demolition.

Old wall to be left intact

Yesterday, in an email to neighbours and other interested parties, Sheila Tolmie of McLaughlin & Harvey said the wall was no longer under threat.

”As previously stated, it was our preferred option not to dismantle and rebuild the wall,” she said.

”However as a precautionary measure permission was sought and granted should this be necessary.

”Thankfully works are progressing well despite the recent events and, with daily monitoring of the construction phases, there has not been any issues with the wall and we are pleased to inform you that it shall remain in situ.”

Ms Tolmie added: ”Please be reassured that we continue to monitor this and will advise if this status changes.”