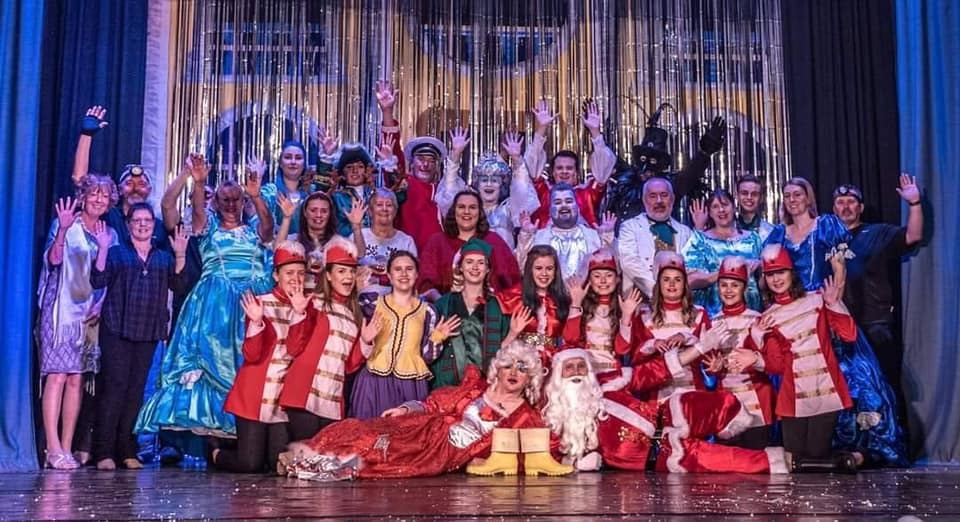 Well, sort of … from the Ury Players –

When it became apparent that, due to the current pandemic, doing a traditional pantomime was unlikely to go ahead for the first time in twenty years, local drama group Ury Players began wracking their brains about what they could do in its place.

If, like the cast and crew, you are missing your yearly fix of “booing” and “he’s behind yous,” fear not as thanks to the talented writing of Russell Adams, a socially distanced Panto entitled ‘Red Riding Hood’ will be published on the Ury Players YouTube channel.

For dates on when in December this will take place keep an eye on their Twitter and Facebook pages.

To whet your appetite in the meantime, they will be doing a poll of a selection of Chorus Numbers, Solos, Duets, Wow Dances and Comedy Songs from past Pantos where you can vote for your favourite, and the video of the winning song will be shown in full.

The polls will be on the Ury Players social media channels from this week and the first video will be aired on Wednesday 9th December, which should have been the opening night of the 2020 pantomime.

Finally, visit Stonehaven Library on Evan Street, and you will see that the group have decorated one of the windows with props and costumes from a selection of the numerous Pantos they have performed over the years.  Your challenge is to guess what they are!