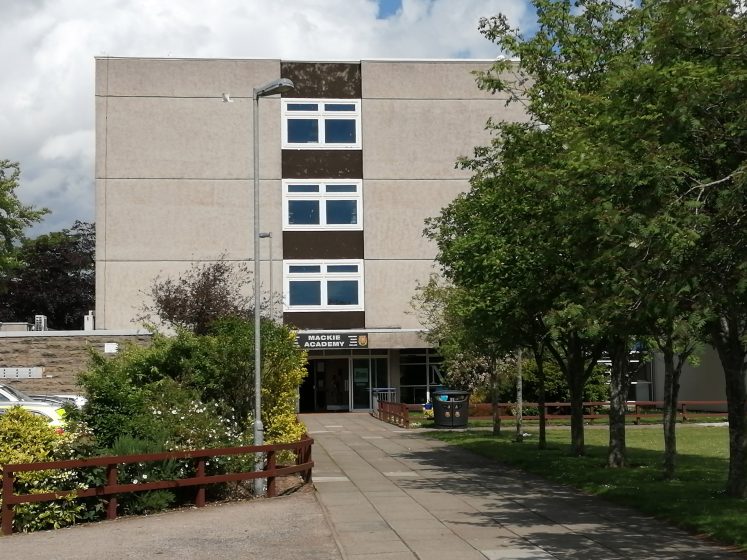 AT Tuesday’s meeting of the Kincardine and Mearns Area Committee, councillors approved a package of works at Mackie Academy, including the closure of its swimming pool in favour of a multi-purpose space.

The decision was made within the context of an ongoing review of the condition and suitability of the Shire’s places of learning.

In a report, officers note they will re-assess the requirement for temporary classrooms relating to Mackie’s roll.

The current Mackie Academy opened its doors in 1969. But in terms of being fit for purpose, the golden-oldie holds its own with other, many younger, academies. In a 2019 report, Mackie’s suitablity is rated as B – satisfactory. Banchory, Inverurie and Peterhead academies were all deemed ‘poor’.

So What Investment is on the Cards at Mackie?

Tuesday’s discussions on the Mackie Academy refurbishment update and supplementary procurement approval were exempt – ie members of public were excluded.

But committee chair Cllr Wendy Agnew said afterwards: “The report – which was heard in private for legal reasons – will involve the closure of Mackie Academy pool and the space converted into a multi-purpose learning and activity space for both school and community use.

”There will also be a full refurbishment of the changing rooms associated with the school’s gymnasiums and a new fitness suite.

“Education and Children’s Services officers reported a low utilisation of the pool at Mackie Academy and existing pool users will be able to be accommodated at other Stonehaven facilities.

“Officers have met the Mackie Academy Parent Council to discuss the proposals and will continue to highlight progress with them and the wider parent body through the head teacher. This investment at Mackie Academy is the start of a wider review of facilities and future investment across the town of Stonehaven.”

I am grateful to Councillor Sarah Dickinson, who included Mrs Agnew’s statement along with a list of the relevant reports on her Facebook page.

Shameful decision. All children should be be taught to swim and all secondary schools should have easily accessible access to swimming pools.
Underutilisation!!!!!! Councillors have a look at yourselves. Not surprised you didn’t want members of the public present!