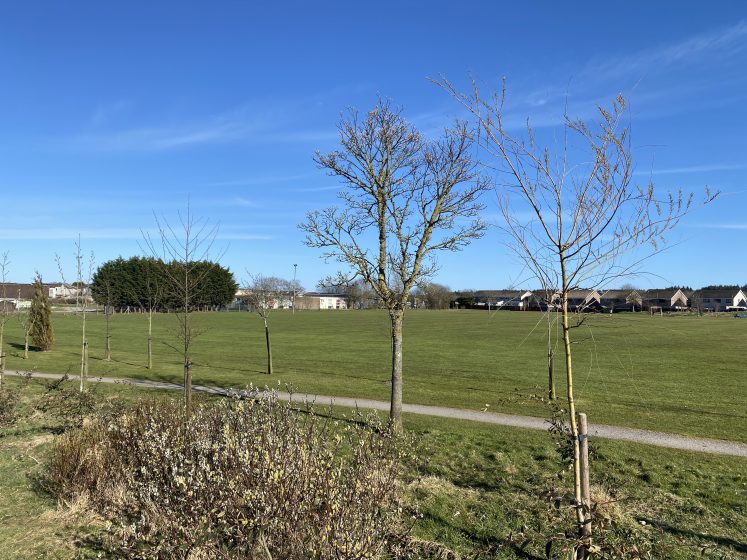 MACKIE Academy Former Pupil’s Rugby Club are seeking community support for their purchase of the park off Forest Drive – so they can make it their home.

With 1200 members, including 375 youngsters ranging from tots to U18s, the club is the second largest in Scotland. But it is a club that lost one of its pitches last year, and has only six years’ lease remaining on the other.

At last night’s meeting of Stonehaven and District Community Council, Alan Venters gave members an update on their efforts to secure land for pitches – a search that has been ongoing for 15-20 years.

Mr Venter said discussions were held with various developers: FM Developments, Bancon Homes, Cala and Barratt Homes, who all had interests in sites around the town – but all proved fruitless. Other options included a site for sale near the Fetteresso cemetery where the FPs were outbid, and land at Mackie Academy – but the local authority wants it kept available for possible future developments at the school.

”The long and the short of it is, the likeliest area is ground in Forest Drive where there is a greenfield park.” said Mr Venters.

If it goes ahead, the land would be purchased under the The Community Empowerment (Scotland) Act 2015, which makes it easier for communities to take over land and buildings in public ownership through asset transfer.

”It would needs thousands of pounds of work to make it suitable,” said Mr Venters. ”But if it is our home, it is worth investing in.”

Mr Venter said the pitches would be fenced off for health and safety reasons for the children, but a path would be provided round the perimeter. And he said he wanted the Community Council to be aware of and hopefully support the proposals, which the club is now taking forward for public consultation, which will include a mail shot to nearby households.

Gerry Towler offered 100% support for the club. He said he had been a member of Stonehaven’s once hugely active and successful squash club – who lost their courts at the County Hotel.

”We tried and failed to find new courts,” he said. ”We lost the sport in Stonehaven.”

Jim Stephen congratulated Mr Venters and the Rugby Club for having the vision to push ahead.

”But unfortunately, I am not in favour of Mill of Forest,” he said.

Mr Stephen said he lived close to the park and knew how much it meant to children and adults in the area. He said ring fencing the field would prevent Mill of Forest Primary from ever extending – and the site was too small to be a good long-term home for the club.

”I think Aberdeenshire Council has to do more to help the Rugy Club to find a place that is not going to take away from Stonehaven. That ground is Stonehaven’s ground, it should not be given to just one club,”he said.

Mr Stephen later suggested land at Dunnottar Woods as an option for the club – and said he would make his own efforts to find land for the rugby pitches.

Meanwhile Annette Leith, Aberdeenshire Council’s sports hub officer said they were fully aware of the needs of the Rugby Club – and all the clubs in the area. She said a participatory budgeting process looking at leisure amenities was about to be undertaken in Stonehaven. And she wanted the entire community to benefit from any space available.

”I know the Rugby Club has supported other groups,” she said. ”I would, in principle, be willing to support this. But I’m not sure if Mill O’ Forest is the right place.

”When we start the participatory budget, that is the time for all the clubs to come to that forum, to properly deliver something that is going to be beneficial to all the clubs.”

The Community Council took no action on the proposals and will await the outcome of public consultation.