No Spectators for Grampian Forest Rally 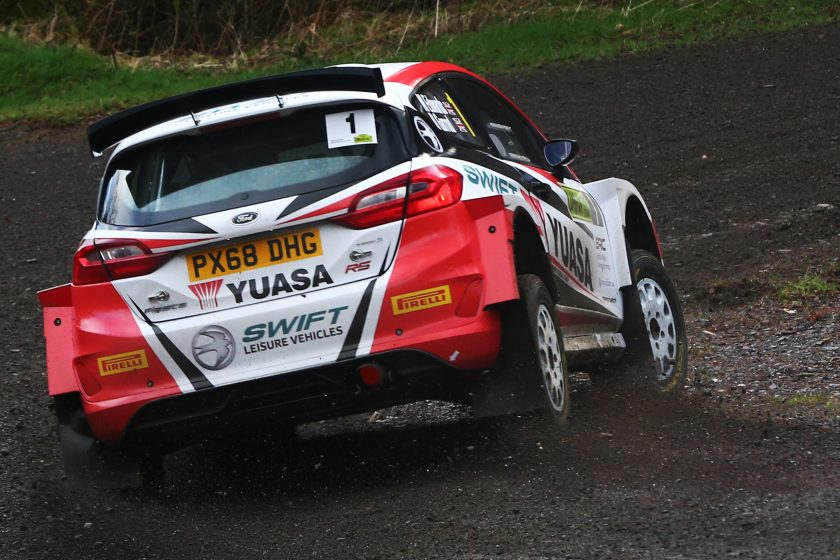 ONE of the biggest entries in recent times is set to tackle this year’s Grampian Forest Rally, but sadly the popular 14 August motorsport event will run behind closed doors due to the restrictions in place.

Over 120 crews from across the UK and beyond have placed an entry to the rally, which is organised by Stonehaven and District Motor Club, and based in Crathes near Banchory. This year, the event will welcome both the British Rally Championship and KNC Groundworks Scottish Rally Championship with competitors heading into the nearby Kincardineshire forests for a full day of action.

But, due to the current landscape and restrictions imposed by the COVID-19 situation, the rally will run without spectators. Event spokesperson and Rally Secretary Gordon Ritchie explains the situation.

“It’s just under three weeks to the Grampian Forest Stages and the ongoing Covid-19 situation continues to put additional challenges in the way of the organising team,” he says.

“Scotland has moved to Level Zero restrictions and the next Scottish Government announcement is expected on 2nd August to possibly come into effect on 9th August, just five days before the rally.

“It is immensely difficult to plan all aspects of a major sporting event against this unknown changing framework. We need to take into account the rules and guidance issued by the Scottish Government, the protocols agreed between Holyrood and Motorsport UK, the requirements of the various landowners, in particular Forestry & Land Scotland and the views of the Local Authority.”

“In light of all this, the Grampian Forest Rally organisers have made the difficult decision to give early notice that the rally this year is confirmed as `non-spectator`.

Coverage throughout the day on social media

The entire event organising team have been working tirelessly behind the scenes to try and overcome the challenges presented by the pandemic and are disappointed with the decision.

“It is true that there have been sporting events held with large crowds, including football, tennis and of course the British F1 Grand Prix at Silverstone but all of these events are in fixed venues with pre-sold tickets” continues Ritchie.

“Entry to these events is controlled with people perhaps giving evidence of vaccination status or Covid test results and with the contact details of ticket holders available for Covid Track & Trace. None of this can apply to spectators at a forest stage rally.

“We understand that this will be a disappointment to many, no more so than us, for the fans and event partners. However, in the interests of the sport, we do ask that you act responsibly, stay well clear of the forests over the rally weekend and do not make travel arrangements into the area.”

“Any spectator activity in the stages will affect the running of the event.”

“Please also stay clear of the Service Park which due to infection control requirements will be off-limits to everyone except competitors, registered service and support personnel, and authorised rally officials and marshals.”

More information on the Grampian Forest Rally will follow in the coming weeks.