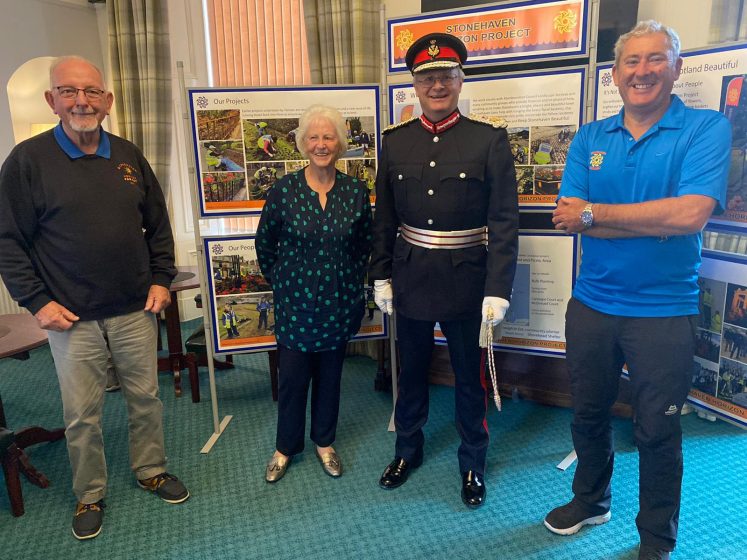 STONEHAVEN’S Horizon Group gained a royal thumb’s up last night when Her Majesty’s Lord-Lieutenant for Kincardineshire visited them to say ‘thank you’ for their efforts.

Whatever the outcome, last night, the volunteers won a vote of thanks from Mr Alastair Macphie, who was accompanied by his Deputy Lieutenant Mrs Jennifer Macdonald.

Mr Macphie said : ”This is to say a big thank you to you all.”

The Lord Lieutenant said he has known Stonehaven all his life and moved to the area in 1971, so he has seen how the town has developed.

He noted many flourishing groups – 1297 Air Cadet squadron who won a special award for being the most-improved of its kind in the UK, the Men’s Shed, the Haven and the Sea Cadets who will shortly open their new headquarters.

”There is a thriving community here,” he said.

Mr Macphie said September 23, when the Beautiful Scotland results are announced, would be a big day.

He added: ”I think this community is doing better now than it ever has. People can take heart looking at what is happening right here in Stonehaven.

”Thank you and well done.”