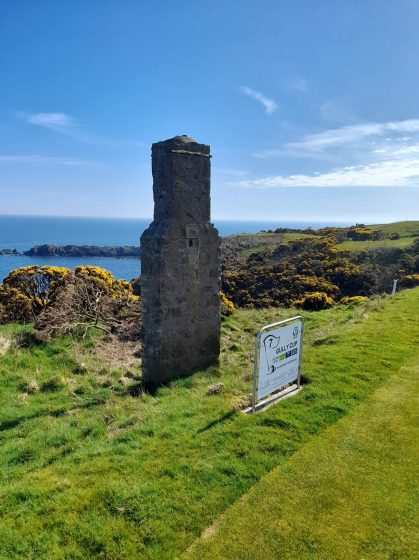 I smoked a big, fat Cuban cigar all the way from the 18th green to the clubhouse last Saturday morning. Having been first out at 7am, I’d just drained a thirty foot raker to complete a 63 which I felt would surely secure tournament victory. How wrong could I be, my afternoon subsequently spent watching my name slide down the leaderboard quicker than an ice cream melting in the sun. I eventually came to rest in 13th position and, in a fit of pique, deleted the HDID app from my phone. I’m not having it ruin another Saturday afternoon, I’ve got Aston Villa to do that.

No less than 36 players beat their handicaps on Saturday with three of them managing to score in the 50s, including the winner Ian Shearer who recorded a remarkable eight under par 58. This was the second (and final) round of the Cowie Cup which found Ian runner up behind Ross Walker who backed up an opening round 61 with an even more impressive 60. To eclipse such a fine first round score was some achievement but Saturday’s fireworks didn’t end there, Harry Roulston (7th) and Roger Smith (15th) both notching holes-in-one. Congratulations to both, and commiserations to your respective wallets.

The club’s knockout competition matchups are being finalised with the Willie Watt and JM Low draws imminent, applications also invited for the RBS Doubles Matchplay tournament. The RBS offers failed winter league partnerships an opportunity to atone, that’s assuming the respective partners are still speaking to one another. I left a message with mine three weeks ago and he’s yet to reply. There’s no hiding place Mr Cameron, you’ve plenty of atoning to do after our winter league farrago, and I know where you live.

The results section (below) gets longer every week with the summer season now in full swing for each of the Men’s, Ladies and Junior sections. A special mention and congratulations to Jacqui Blackburn and Liz Powell who won the Scottish Golf R&A 9-Hole Challenge qualifying competition with a combined total of 36 points. They have qualified to play in the National 9-Hole Final at Dundas Park Golf Club in June.