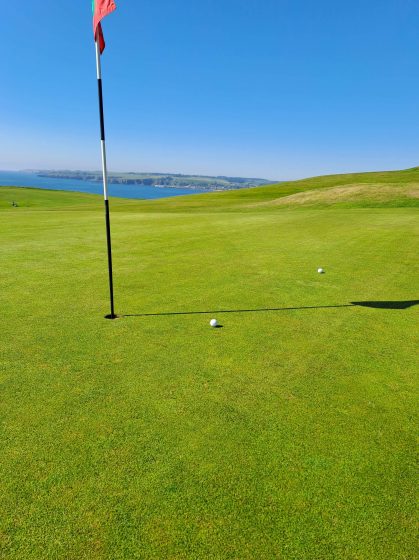 The Junior Section took centre stage last week, the last of this year’s club championships being played out over two rounds. A brief squint at the clubhouse’s junior honours board reveals a parade of winners who subsequently went on to forge excellent reputations as full members. The club takes great pride in the ongoing development of its youngsters and looks forward to many more years of great golf from the current crop.

Congratulations to Connor Dalglish for winning the gross event with a two round total of 148, playing Josh Killoh into second place with the latest Locke starlet (Charlie) finishing third. In the nett event it was Alana Henderson who took the honours, a fine achievement given significant competition. The Gully Cup was hotly contested too with three players ending on the same score, Charlie Locke winning by virtue of countback.

The club has been awash with competitions in recent days so you’ll find a fulsome list of results below. Some of the scoring has been remarkable, not least the winner of the midweek Stableford who weighed in with 46 points if you please. The conditions have been benign lately but that’s still solid shooting right there and likewise from S Forbes who won the Stroke with a score in the net fifties, a fine feat indeed.

In other news, the SGC fashion police were out in full force during last Wednesday’s Stableford. A gaggle of members at the gully took the trouble to ridicule my attire as I ventured onto the 16th tee, my last three holes also accompanied by catcalls from familiar faces on the 2nd and 3rd who felt I needed to be taken to task. Simon Mitchell put a tin hat on it when hollering “you belong at T In The Park” as I addressed my tee shot on the final hole. Lesson learned, I’ll be sure to wear my best bib and tucker for this week’s Medal, folded handkerchief protruding from the breast pocket and a trilby hat up top, tilted at a jaunty angle.