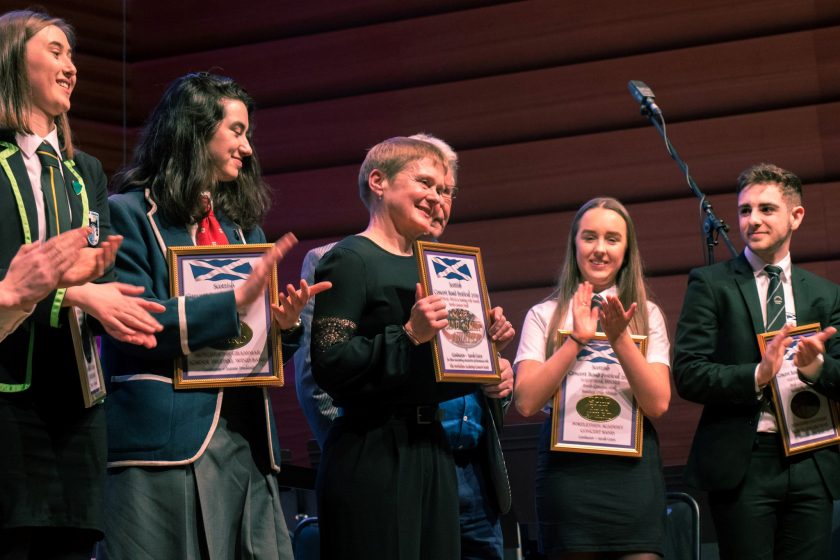 After resounding success with Mackie pupils, a conductor has been selected to go on a scholarship in America to learn from the best concert band musicians worldwide.

Mackie Academy and Portlethen Academy Concert Bands have consistently received awards in the finals of the Scottish Concert Band Festival under the supervision of conductor Sarah Gove.

This achievement has led Ms Gove to receive the Scottish Concert Band Festival Travelling Scholarship Award. She is the first conductor from Aberdeenshire to receive this prestigious honour, which will see her travel to Chicago for the Midwest Clinic International Band, Orchestra and Music Conference.

The annual event showcases performances from students to professionals and offers those who attend the chance to witness the most up-to-date music styles and education techniques.

Concert Band Director, Sarah, who has been teaching in Aberdeenshire/ Grampian Region since 1990, said: “I am delighted to have been given this award. I couldn’t have done it without the dedication and support of the pupils and colleagues at both schools.

”This award is recognition of the hard work they have put in which has been recognised by the Scottish Concert Band Festival. I am looking forward to learning from the best and to come back to Aberdeenshire even more inspired to teach and motivate pupils in the study of music.”

Cllr Gillian Owen, Aberdeenshire Council’s Education and Children’s Services Committee chair, said: “I would like to congratulate Sarah on such a fantastic achievement. She has taught music for many years and this award is recognition of her enthusiasm, dedication and commitment to ensuring pupils in Aberdeenshire do their best whether that is in the classroom or in competition.”