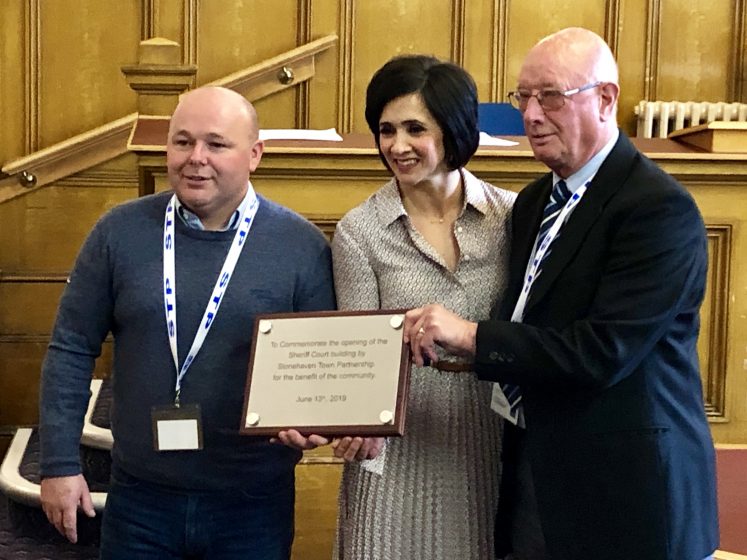 STONEHAVEN’S refurbished County Buildings were formally opened on Thursday some five years after justice was dispensed for the last time in May 2014.

Representatives of the groups within the Stonehaven Town Partnership were joined for the occasion by Councillors Sarah Dickinson, Dennis Robertson and Wendy Agnew – who was quick to take a seat in the dock.

She said: ”I get to do the exciting bit, but an amazing team of volunteers have done all the hard work for the benefit of the community.”

”Now we have this beautiful court building which is an asset for the community to enjoy,” she said.

While describing the history of the project that saw the buildings pass into STP ownership for £1, trustee and treasurer John Robson highlighted the role played by past chairman David Fleming who had the vision of converting it into a community hub.

And project development co-ordinator Julie Lindeman was also singled out for her ‘pain in the butt’ ability to keep pushing the team to get everything in place.

Meanwhile it was to Andrew Newton to conclude the votes of thanks to architects and engineers on a project he described as needing the three ps – persistence, patience and prayers.