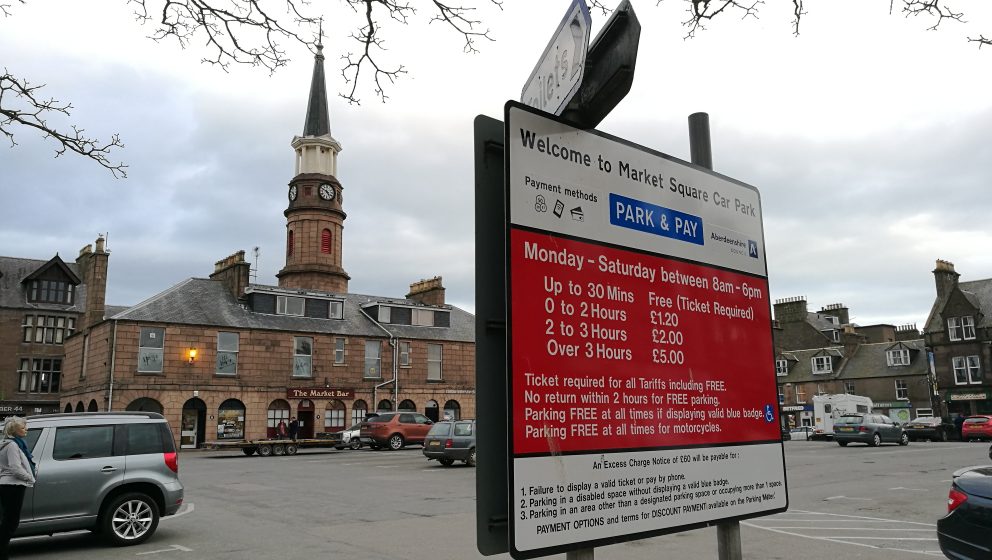 Councillors give final approval to Pay and Display

Changes to Pay and Display car parks to try to ensure they pay for themselves have been agreed and new tariffs will take effect from September 1.

Last week members of the Infrastructure Services Committee (ISC) rubber stamped proposals which were originally agreed by the Full Council in January.

Following statutory and public consultation, councillors decided they had to press ahead with changes designed to cover the cost of operating the car parks, as well as supporting town centres.

It includes the removal of free periods, where they currently exist – Pay and Display car parks in some towns had offered between half an hour and an hour for free, while some none at all.

The vast majority of parking in the area’s towns continues to be free – only the Pay and Display car parks, currently being operated at a deficit, will be subject to the changes.

The relationship between car parking and town centres is a complex one – effective management of car parking through a range of measures can play a positive role in supporting a town centre.

A working group of local councillors and expert transportation officers looked closely at the issues and came up with a proposal to remove free periods and alter tariffs to encourage longer stays.

The principal issue to be tackled is a growing deficit in the car parks budget which has built up since the introduction of free parking in 2014. Previously there was a surplus of income, but now car parks are not even covering their costs.

The council has made clear that it has a responsibility to tackle the mounting deficit, which would have to be paid for from other council budgets.

Changes to tariffs were discussed and decided on by the Full Council in January and local councillors had a full and wide ranging debate on the issues.

The plans then went out for wider consultation and following that ISC was asked to, and subsequently did agree that the objections received did not establish any grounds for modifying the proposals.

ISC Chair, Peter Argyle, said: “I have said this continually, but it demands repeating – there is no such thing as free parking, it has to be paid for by somebody.

“The free periods which had existed in Pay and Display car parks were essentially being paid for by those who chose to stay longer in town centres and the decision we have taken not only makes this situation fairer by reducing costs for longer stays, it also brings the pay and display car parks closer to covering their own costs – a position which we as a responsible council have to achieve.

“At present, given the deficit in car park income, money would have to be taken from elsewhere to make improvements or even to maintain the car parks and that could impact on other vital services, also under considerable financial pressure. That cannot continue.”

ISC vice chair John Cox added: “All the evidence suggests that what brings people into town centres, in relation to parking, is the ability to park conveniently and easily – cost is secondary to that. These measures have been carefully thought out with our town centres and our budget position in mind and we will monitor the situation and make changes if necessary.”

Based on feedback from local business organisations, motorists will soon be able to take advantage of contactless payment in all of Aberdeenshire Council’s pay and display car parks.

The facilities are being rolled out in Stonehaven, Inverurie and Peterhead ahead of September 1 in the first instance, before being installed in other communities by next April.

From September 1 parking in pay and display car parks will cost 50 pence for up to an hour, £1 for 1-2 hours and £3 for 2-5 hours. The cost will be £5 for anything more than five hours. Any surplus generated will be reinvested firstly in the parking service, followed by other transport related projects.

The new structure will be reviewed by ISC after a year of operation to see what effect it has had.

You can find out more about the reasons why Pay and Display tariffs need to change on the Council’s website. http://bit.ly/ShireParking