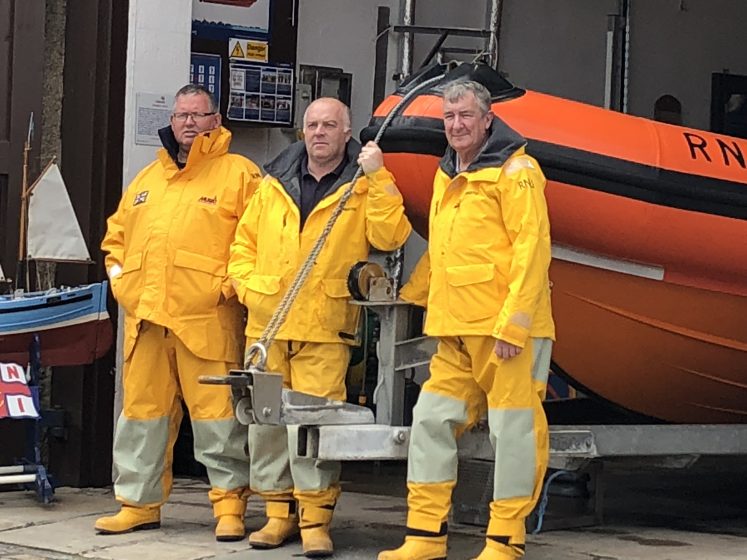 STONEHAVEN’S RNLI crew were paged at 20.46 on Sunday by Aberdeen Coastguard to reports of a jet skier in trouble in Stonehaven Bay.

A video was made of the rescue and gives a great insight into the drama of a call out.

The crew launched the Atlantic 75 ‘Miss Betty’ with three crew on board and made speed to the stricken skier. On arrival at the casualty, it was discovered that his jet ski had broken down and he was unable to make his way back to shore.

The crew set up a tow and assisted the skier aboard the lifeboat. They then towed the ski back to the harbour.

The casualty was uninjured but very grateful to the crew for there assistance. The boat was then refuelled and made ready for service once again.