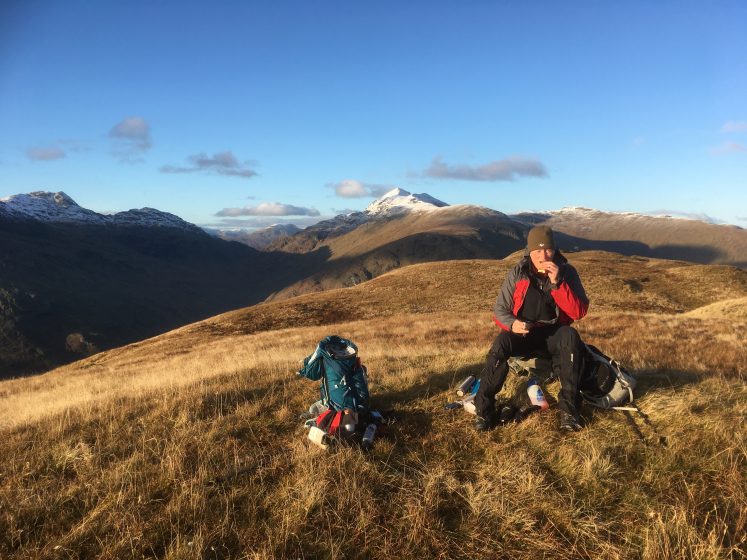 STONEHAVEN Mountaineering & Hillwalking Club’s November outing comprised a weekend meet at a favourite haunt, Inverardran Cottage, Crianlarich which is owned by The Ochils Mountaineering Club, and available for rent to other clubs.

The cottage has a capacity of 18, but in the end 17 members attended. Friday saw a good few travel over in the morning to bag some hills, mostly Grahams (hills between 2000ft and 2500ft) and Corbetts (hills between 2500ft and 3000ft), & Marilyns (any hill with a re-ascent on all sides of at least 150m).

It was a glorious day, cold with clear blue skies and little wind. Underfoot conditions were excellent as a result. Those on the Grahams experienced no snow while the Corbett baggers were treated to a light dusting.

Saturday was a slightly different day. Still cold, but this was exacerbated by quite a strong wind with a considerable wind chill effect, causing at least two members to empty their rucksacks of almost every item of clothing. Others were probably similarly affected. Never the less, the cloud cover was well above the tops and so reasonable views available.

Some four members headed for local Munros where over a foot of snow was experienced, two for Marilyns in Glencoe, two for Grahams in the Luss Hills and five for Corbetts at the Rest and Be Thankful.

The evening saw the entire group repair to the Ben More restaurant, conveniently situated within 50 yards, for a meal and a few drinks, followed by a few more back at the cottage and chatting about hills well into the night.

Social media has really taken off among members and this has introduced a surprising safety net as messages abound between members as they announce their arrival on summits, return to cars, occasionally to pubs, back at the accommodation and finally back home.

It had been another great walking and socialising weekend.