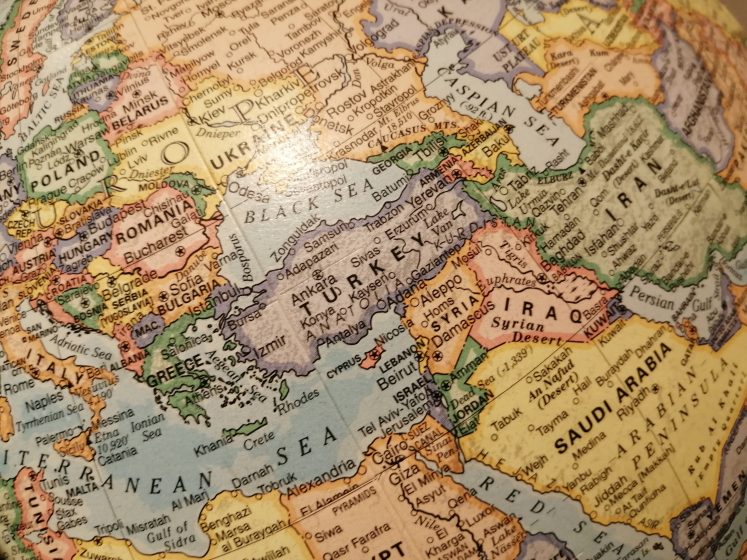 Used with kind permission of the British Newspaper Archive – britishnewspaperarchive.co.uk

While on the subject of bellmen, I may conclude this sketch by relating a singular incident which came lately to my knowledge, relative to Peter Menzies, the son of the Stonehaven bellman.

Martial Keith, a celebrated Scottish General, who served with much éclat under Frederick the Great of Prussia, had been ordered by that Monarch to settle and consummate some important diplomatic business at the Ottoman Court.

He accordingly set off for Constantinople, was introduced to the Grand Vizier, with whome matters were to be arranged, and with whome an amicable and satisfactory settlement of the object of the mission was completed.

While upon the point of retiring to his hotel, the Vizier requested him to remain after the other diplomatists had left, and then taking him  into a small snug apartment adjoining the scene of their labours, ordered refreshments.

After having partaken of the fare, the Vizier approached him, and familiarly tapping him on the shoulder, asked him in guid braid Scotch, if he hadna’ ony recollection of him? The Martial was thunderstruck, and after looking attentively in the Minister’s face, replied in the same dialect, that he could not bring to his recollection the circumstance of ever having seen him until then.

The General’s astonishment at the end of every interrogatiory augmented, and with the most marked surprise, he requested an explanation.

‘’Weel, man , sin’ ye maun ken a’ about it,’’ replied the Vizier, ‘’ I’ll tell ye. The nicht that I gat sic a thrashin’ frae ma father for stealin’ peas out o’ Saunny Clinkscale’s garden, I gaed aboord the bit sloopie, ‘Twa Peggys,’ bound for Leith, and frae that place gaed aboord a Dutch logger, gann te Rotterdam. Whan we arrived, I got a place afore the mast in a big Dutch vessel, jist on the point o’ sailing for a port o’ the Mediterranean.

”Wir voyage was an unca unfortunate yin, as we were taen on the African coast, near Tangiers, by a skulkan d__l o’ an Algerine pirate, an whan arrivin’ at that place, were, every soul o’ us, selt for slaves. A hard time, I trow, I had o’d for sax months; but bein’ again disposed o’ to a Turkish merchant, a dealer in drugs and opium, was carried here, an’ employed as a gar’ner.

”Ye ken that I was aye a cute chield, an’ frae ae step till anither, I gat on. I gat gae gleg at the language, and no bein’ ower particular as to ma religion, (the mair shame to me), I was advanced at Coort, an’ in sax years frae the time I speak o’, becam’ what ye noo see me, Prime Minister, and confidential adviser to the michty Emperor who rules this vast dominion.

‘’Hoo lang am gaun to haud ma place , is mair than I can positeevly say, for ye maun ken, that in this barbarous country, they mak, short wark wi’ viziers as they de wi’ emperors. I’ the mean time, am gled to see ye, ma frien’ , an’ as Scotchmen rarely meet under sic curious circumstances, we’ll prolong our sederunt, an’ ye shall taste what ye haena deen for mony a day, an’ that is a tumler o’ het whusky toddy.’’

To the surprise of Keith, the mountain dew was produced, and all the ingredients necessary for a good brewing, and the General, as he afterwards acknowledged, said that he never passed more happy and jovial evening than the one on which had renewed his acquaintance with Peter Menzies, the son of the bellman of Stonehaven.

As Peter anticipated, not many months elapsed ere he was deprived on his high honours. One of those sudden revolutions which consign the great ones of the earth to degradation and death soon occurred, and poor Peter Menzies, the son of the Stonehaven functionary, followed the fate of many of his predecessors—was bowstrung, and his body properly packed in a sack, consigned to the Bosphorous, which carried it down to the mighty ocean.