From Valet to Volunteer 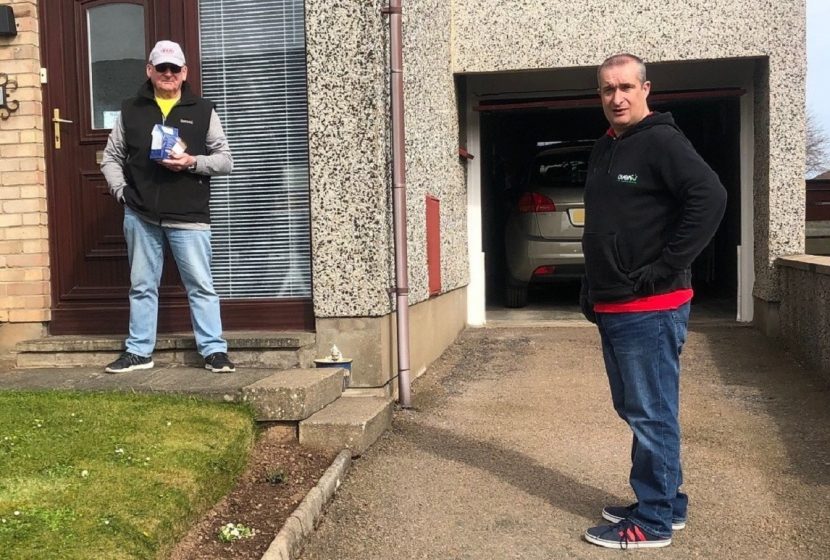 The owner of oven valeting firm Ovenu Stonehaven is using his van for a rather different purpose – delivering prescription drugs to those unable to leave their homes.

Ross Walker has joined a band of fellow volunteers who collect medicines from the town’s two pharmacies before dropping them off at the homes of those classed ‘at risk’ due to their age or health conditions.

The 46-year-old mothballed the business, which he launched two years ago, following the introduction of restrictions on non-essential services and quickly began looking at ways to support the community.

He then saw a volunteer appeal by local firm A&I Taxis, which started the prescription delivery initiative but had been overwhelmed by the rising demand.

Ross, who previously worked in the oil and gas industry for 18 years, said: “Mine is one of a number of businesses in the area that have been affected but I’m positive that I can resume work once this virus has passed.

“Until then I, along with many others, are using our time productively to help the more vulnerable members of our community remain safe and healthy.

Ross currently volunteers three times a week, spending an hour per day on his deliveries to minimise the risk of contamination. In that hour he can deliver up to seven prescriptions.

He also takes other precautions, which include regularly washing his hands, cleaning common touch points in his van and wearing gloves. As part of the delivery process, he leaves the prescription on the doorstep, knocks on the door before retreating to a safe distance.

However, he has been forced to innovate after realising that some elderly or disabled people had difficulty in bending down.

Ross explained: “I went home and found an old broom handle and fitted a hook to one end, where I could hang a carrier bag. If I’m delivering to someone who is not so agile, I just pop their medicines in the bag and they can just reach inside without any bother!

“When they see the van pull up, some people wonder if I’m still cleaning ovens but, until this is all over, I’m pleased just to be making a difference. It is a lifeline for those who can’t get out of their house and their thanks is reward enough.”