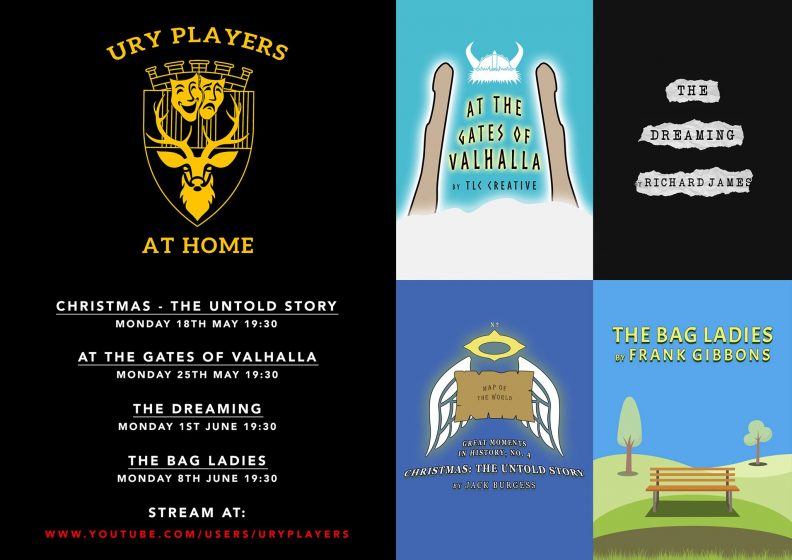 URY Players have not let the lockdown bring the curtain down on their performances – they have been putting on a show from home instead.

The first on-line performance premiered on their YouTube channel on Monday 18th May. And with that success under their belts, they are releasing one play a week until they run out!

And as one player said: ”It’s been great fun recording them and we hope people enjoy them.”

Here’s their play, The Dreaming, released this evening