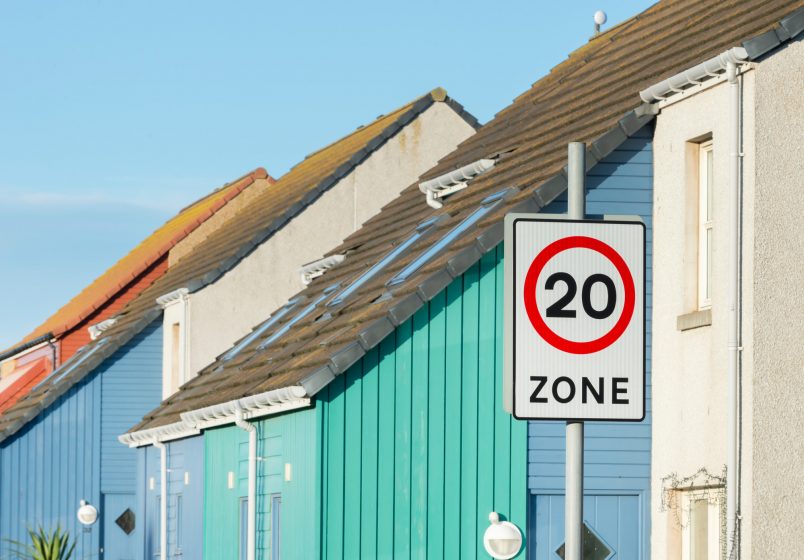 Aberdeenshire Council is seeking the views of North-east communities as part of a major review of its roads policy .

Back in 2017, the authority’s Infrastructure Services Committee endorsed a review of existing policies and the development of new measures.

Now, from September 2 until October 2, the public, community organisations and national bodies will have an opportunity to complete an online survey and share their views and comments on issues such as Speed Limits, Pedestrian Crossings, Street Trading and other occupation of the road.

The council’s current policy on Speed Limits dates back to 2008, but since then a number of local authorities including Edinburgh have introduced widespread 20mph limits in built-up areas.

A recent review of the Edinburgh approach found a small but statistically significant reduction in vehicle average speeds with greater reductions where the average speeds before the introduction of the lower limits were greater than 24mph.

The review also noted a reduction in accident rates for all levels of severity and for accidents involving pedestrians, cyclists and motorcyclists and also young children and the elderly.

Aberdeenshire Council is now considering making 20mph the normal speed limit on minor roads in built-up areas and designated town centres while retaining 30mph or 40mph limits on a strategic network of routes. Within the consultation, residents will be asked to highlight their preferred approach to Speed Limits in these urban areas.

In terms of pedestrian crossings, the proposed policy would also formalise the internal approval processes for all new pedestrian crossings and promote prioritisation on an Aberdeenshire-wide basis to ensure that when funds are available for new crossings these are spent where the need is greatest.

Residents will be asked to rank a number of factors used when assessing proposed locations for pedestrian crossing facilities in terms of their importance.

The third aspect of the consultation relates to street trading and occupation of the road, with the proposed policy aiming to provide greater clarity as to where and when street trading may be permitted on public roads. These principles include street cafes, storage of non-motorised vehicles (such as caravans and trailers), community events and filming as well as street trading.

The online survey and proposed policy documents can be accessed here: https://www.aberdeenshire.gov.uk/roadspolicyreview