Community
Letters to The Bellman
By bellmannews / September 7, 2020 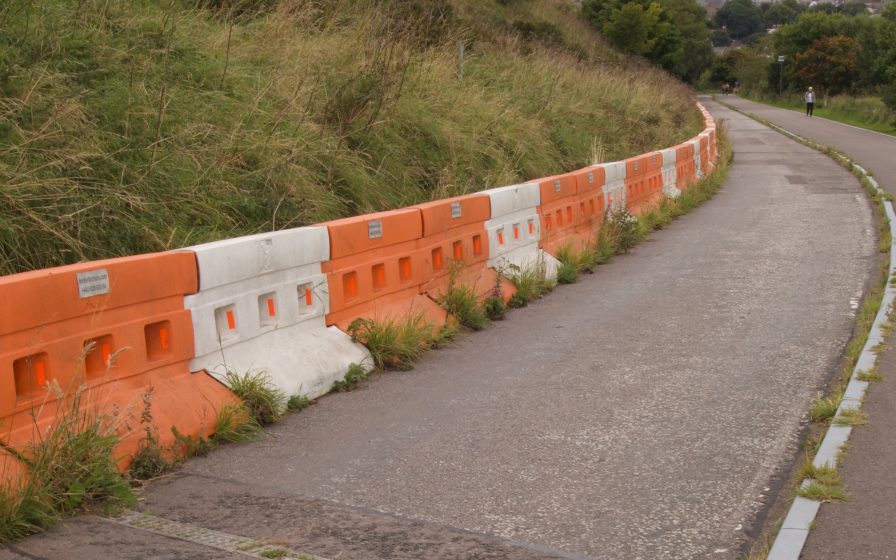 I have not been able to identify an agenda for your next meeting, but I assume that the appearance of the town may, in some guise, be under consideration. If that is correct, I have the following comments and questions.

The recent flooding is the third such event since either 2008 or 2009. If I recall correctly, there was a statement in the Leader by the former Area Manager, Willie Munro, after the first of these floods, which was that whatever the Council had done would ensure that there was no repeat of the flooding for 100 years.

My questions for the Aberdeenshire Councillors are:-

If my recollection is accurate, why was there another flood in 2012 and one in 2020?

What work, if any, was carried out and why was it inadequate?

Following the most recent flooding, there were sizeable puddles outside a number of properties, not just in the town centre,  and the drains outside these properties were and are clogged with dirt. The ones outside my own house have dirt to within about four inches of the drain cover. It is not my responsibility to clean them.

My question for the Aberdeenshire Councillors is: that being so, why are the drains in that state? I sent an email to Brain Strachan, head of the Roads Department on 14 August asking this very question, but he has not responded. I have had numerous examples of Council officials not responding to my letters, one such being the chief executive.

The town streets and roads into the town abound with weeds, not least on the Bervie Braes where the weeds were not deal with well before lockdown, and have not been touched since. There are two bushes, the branches of which now overhang the carriageway, with the potential for damage to passing vehicles. I have a recent photograph of the Bervie Braes which I have sent to the Press & Journal and to the Leader along with a letter about the Council’s failure to deal with the situation.

My question for the Aberdeenshire Councillors is why are these weeds not being attended to?

We have two roads out of the Town which, for some considerable time, had been single-file and operated by temporary traffic lights, with no sign of any work being done or in contemplation. The one leading to the A92 looks as if there has been subsidence. The A90 at the Muchalls Bend had a similar problem and it was fixed very rapidly. Even if there is a dispute about what caused this, the local authority has a duty under the Roads (Scotland) Act 1984 to maintain roads in proper order, which, of course, also means dealing with potholes.

My question for the Aberdeenshire Councillors is why the delay, given, for example,  that the existence of such temporary lights would delay any emergency vehicles getting into or out of the Town?

We have cones in place for “social distancing.” There have been a significant number of complaints by local residents and business people about these. Not long ago, the acting area manager started that it had been decided that they would remain, but he did not have the courtesy to explain why. In Bridge of Allan, the cones were removed the day after they were put in place, because of the comments by residents and businesses.

These observations and questions make it clear to me that Aberdeenshire Council has little or no regard for the appearance of the town and worse shows a disregard for the properties within the town and damage to the livelihood of residents and businesses alike.

I do not think that I can join the meeting remotely, but, in any event, I am not around to do so. I have no qualms about stating my views in public. I have reported Aberdeenshire Council on seven occasions to the Scottish Public Services Ombudsman and on each of these, my complaint has been upheld. My reason for taking this step has been either that my letters have been ignored, or on a few occasions, answered, but only in part. I reported the Chief Executive, Mr Savage, who failed to answer a letter inquiring about how to get a reply from the Roads Department. I was assured by someone, I think, in Banff, that he would ensure that the chief executive would respond, and he must have thought that I was naive enough to believe that.  The Council’s attitude seems to be that if they ignore me for long enough, I will give up.

I’d have to add a question, why after all these years the temporary red and white barriers on the Brae have not been replaced with something more permanent and pleasing to the eye?
They do little but create an image of unfinished works, with little in the way of any imagination or indeed inclination on how to complete them

Extremely well argued and agree with all the points raised.
It seems that Aberdeenshire Council appear to be unaware that Aberdeenshire extends south of the city of Aberdeen when it comes to undertaking repairs or listening to views of residents.
Enough is enough and it’s now time for action.

I witnessed council workers removing the weeds on the Bervie Braes prior to the road opening in April. I haven’t seen them since