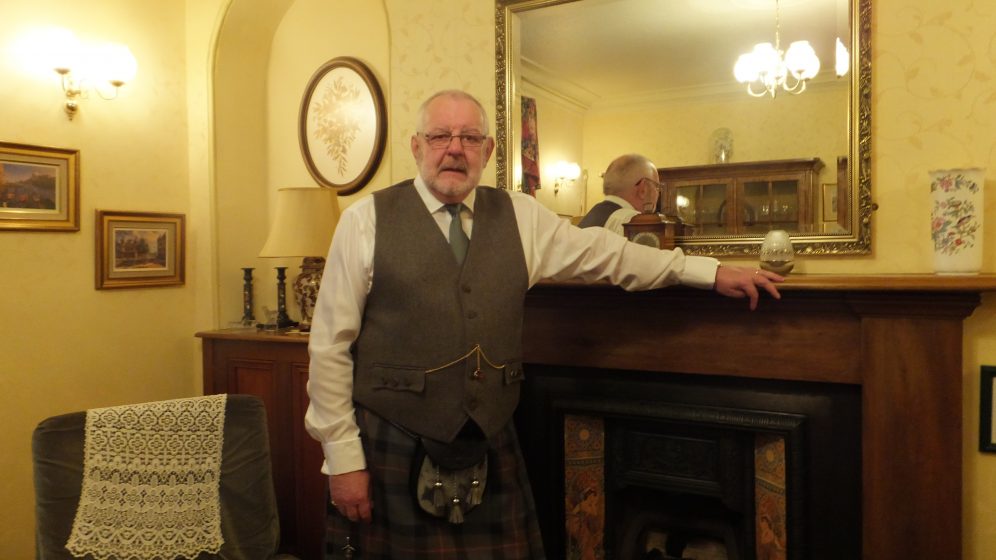 After a prolonged battle with cancer, James Henderson (Jim as he was known) died peacefully surrounded by his family at home on 22nd October.

Born in Stonehaven, Jim was known to many and was a keen amateur photographer. Every year, Jim travelled with his daughter Louise and friends to Europe for photography projects. He visited places such as Santorini, Venice, and Florence. He had planned to go to Amsterdam and photograph the bulb fields in 2021.

A long-standing member and Past President of the Stonehaven Rotary Club, Jim recently retired from the club on health grounds but was made an honorary member of the club. He also held the prestigious Paul Harris Award – the highest honour in Rotary – for outstanding service to the Rotary ideal. Jim led a team from the Stonehaven club on a humanitarian mission to Kenya in 2008. He took a keen interest in promoting Rotary youth competitions such as Young Chef, Young Photographer and the Primary School Quiz. He was also a member of the 41 Club.

Jim and his wife owned and ran The Barclay Clinic in Stonehaven for the past 15 years. This was a successful business that catered to hundreds of the local community.

For many years Jim volunteered with The Talking Newspaper, keeping those visually impaired up to date with local news and events.

An accomplished swimmer, Jim held many awards both locally and nationally in his youth. His name appears on Stonehaven Amateur Swimming Club trophies that are on display at the Stonehaven Tolbooth Museum.

Jim was devoted to his family and leaves behind his wife Chris, sons Christopher and Tristan, daughters Louise and Lucy, and five grandchildren

Remembering Jim in his younger days when he was into motorsport in his Ford Anglia. Also those long gone days spent at outdoor pool in Stonehaven.