Community
Letters to The Bellman
By bellmannews / February 21, 2021 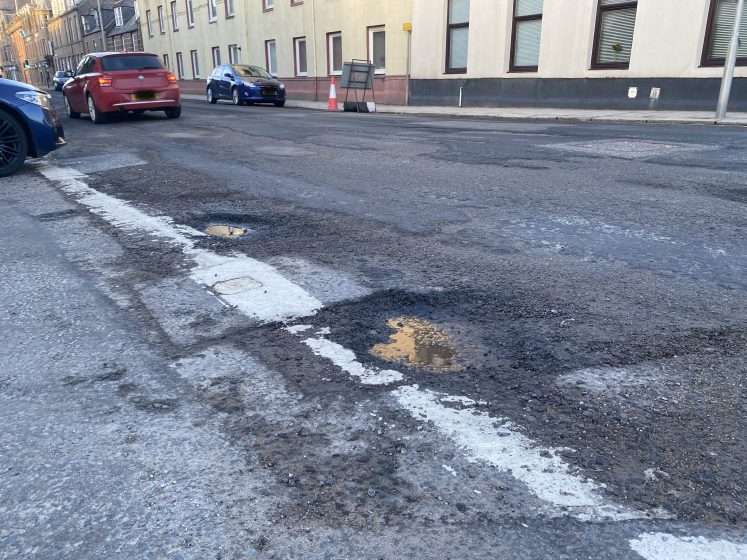 “What kind of service are we getting from Aberdeenshire Council?” I know it is a disgraceful question to ask, but somebody has to.

There is a site, “Stunning Stonehaven” and Stonehaven is stunning, but for reasons which the operators of that site would not wish to highlight. We have pot-holes which are increasing in both number and size, drains that do not seem to have been cleaned for a while and weeds everywhere, including those which will soon disguise the existence of the unsightly barriers on the Bervie Braes and at the foot of Bath Street/Ann Street. In relation to these, the Council will probably rely on “lockdown,” but these issues were present long before lockdown and Angus Council dealt with pot-holes—in very small villages—during lockdown.

On February 3, I wrote to the Roads Department about that part of Allardice Street between Cameron Street and the Square because large parts of the top surface have disappeared. This section was resurfaced in September 2019 during the week of Offshore Europe (I was told that Department that it had to be done then because of the ambient temperature). I was expected to accept that there was no other time of the year when the conditions would be right to allow the work to be done! I resurfaced roads as a student and I do not recall “ambient temperature” featuring in a cold and wet July. I have had an acknowledgment, but nothing else.

I anticipate being told that the surface has not reached a stage when it needs attention. I say that because some time ago I wrote to the Department about a large pot-hole in Glenbervie and that was the response. I was in the company of an MSP on the day, and I am told that he wrote to the Council about the pot-hole. By a curious quirk, the status of the pot-hole changed to being in need of attention and it got it.  Unlike me, the MSP would have been regarded as having “clout.”  In the spirit of openness and transparency, the Council ought to tell the public (some of whom pay Council tax and/or rates out of which I think I am correct “services provided” by the Council are funded ) when, if ever, they intend to deal with the pot-hols and the drains. The weeds, unsightly as they are, are not, I accept, a priority in the present circumstances. But if your car has been damaged by the pot-holes, or your business closed because of flooding, one would hope that the Council might have the decency to show some concern—in public.

On the subject of openness and transparency, Mairi Gougeon MSP, wrote to the Chief Executive on 23 November 2020 asking about the additional cost involved in re-positioning the White Bridge. I do not have the date of the reply but it was, in essence, ”We’re not telling you.” The Flood Prevention Scheme is using public money, but it seems, we have no right to know how it is being spent.

Lastly, again on openness and transparency, there was a meeting recently “behind closed doors’ at which a committee of the Council decided to close the swimming pool at Mackie Academy. Those involved in the meeting did not seem to have had the wit to appreciate that such a decision might cause concern. There could have been, and in my view, should have been a public meeting.

No doubt the Council will cry “lockdown,” but since the start of the year, I have participated in ‘zoom-type” meetings with over 1000 taking part. The decision is one for the Council, but had such a public meeting taken place, it would have avoided any suspicion that there is something “fishy” going on.  The outcome would probably have been the same, but the public could not have claimed that they were deprived on an opportunity to make their views known.

A few years ago, I wrote to the very same Chief Executive asking how to get a reply from the Roads Depatment as my letter and a reminder had been ignored. You will not be surprised to read that my letter to him was, yes, ignored. I accept that it was disgraceful for a mere Council  tax payer to have the temerity to write to someone as important as the Chief Executive and utterly stupid to expect a response. The Ombudsman sorted that.

And so, I repeat my disgraceful question: “What kind of service are we getting from Aberdeenshire Council?”

It is quite sad how this has become such an us and them situation. You are not alone, you just enjoy your own version of dissatisfaction.