No Pause in Plastic Campaign 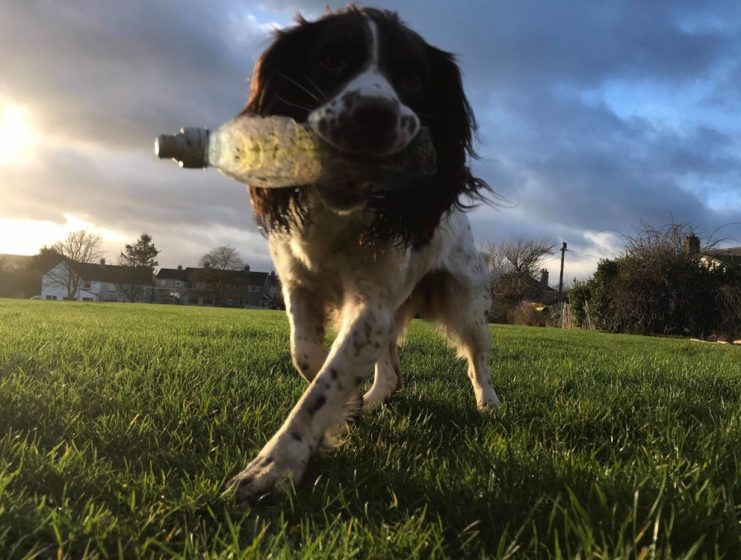 From Marion Montgomery, founder of Paws on Plastic –

Dog owners making a wonderful New Year Resolution have soared the ranks of the “PAWS ON PLASTIC’ campaign to 20,000.

The group of dog owners pledge to pick up a couple of pieces of litter on every walk, every day, potentially removing over 30 million pieces of litter a year from our streets, beaches, parks and countryside.

Founded in Stonehaven, in November 2018 by Primary School Teacher, Marion Montgomery, PAWS on PLASTIC, has hit a chord among dog owners keen to play their part in fighting plastic pollution, attracting 20,000 members and followers on Facebook, Instagram and Twitter.

“We’ve had another fantastic start to the year!” said Marion.

“January and February have been hectic, welcoming so many new members. It just shows the real desire among dog owners to protect wildlife and our precious environment from harm.  As awareness of the horrendous impact of plastic pollution grows, more and more people are looking for ways to combat it.

”Paws on Plastic gives dog owners a simple action they can take which makes a huge difference.  It’s easy to think that one person’s actions doesn’t make that much of a difference, but as part of a huge group, we can really see how it adds up to 30 million pieces.”

It gives a huge much-needed boost to MENTAL HEALTH to be out in the fresh air taking positive action which makes a real visible impact as I can testify to.  The beauty of Paws on Plastic is that no extra time or effort is required as it only takes a minute to pick up a couple of pieces of litter as part of your everyday dog walking routine.  It’s open to all regardless of age or ability.

“I would like to say a huge thank you to our members for all their efforts.’ says Marion.  “The strength of Paws on Plastic is its simplicity.  Dog owners are already out there walking their dogs every day.  We see the litter. We have a spare bag in our pocket & it just takes a second to pick up a couple of pieces. No extra time or effort is required yet if we all do our own wee bit, with 20,000 of us, just picking up 2 pieces of litter on 2 daily walks, that’s over 80,000 pieces a day, or nearly 30 MILLION a year although, as you will see, most people pick up more as it is rather addictive!  With around 9 million dogs in the UK alone, imagine the impact if we all did our own small bit.”

The group has now spread to over 70 countries in six continents around the world, showing the worldwide desire among dog owners to do play their part.  Dogs are naturally attracted to litter, with many picking up plastic bottles and cans.  Unfortunately many are also badly injured by it, cutting paws or eating things which make them sick.  By removing litter we are doing our bit to protect them and wildlife both on land and in the sea.

Barry Fisher, CEO of Keep Scotland Beautiful said, “We’re delighted that Paws on Plastic has now reached 20,000 members across the globe from starting in 2018 in Stonehaven.

”At a time when we need clean green and blue outside spaces more than ever before Scotland is facing the prospect of a litter emergency. And without the ongoing support of individual dog walkers and community groups who are committed to cleaning up Scotland, one litter item at a time, the problem could be far worse.

”Our recently published report, ‘Time for a new approach to tackling litter’, highlights an accelerating decline in the condition of local neighbourhoods, including littering, that has been going on since 2013.

”Our call out is simple – to those who are proud of the country we live in– join us and Paws on Plastic to help combat the problem.  Together we can make a difference.”

As we start to open up the country again and people start to travel more, it has never been more important to get that ‘anti-litter’ message out.

Members are responsible for keeping themselves & any accompanying companions safe. All pieces picked up are helping to reduce the amount of plastic ending up in the sea.