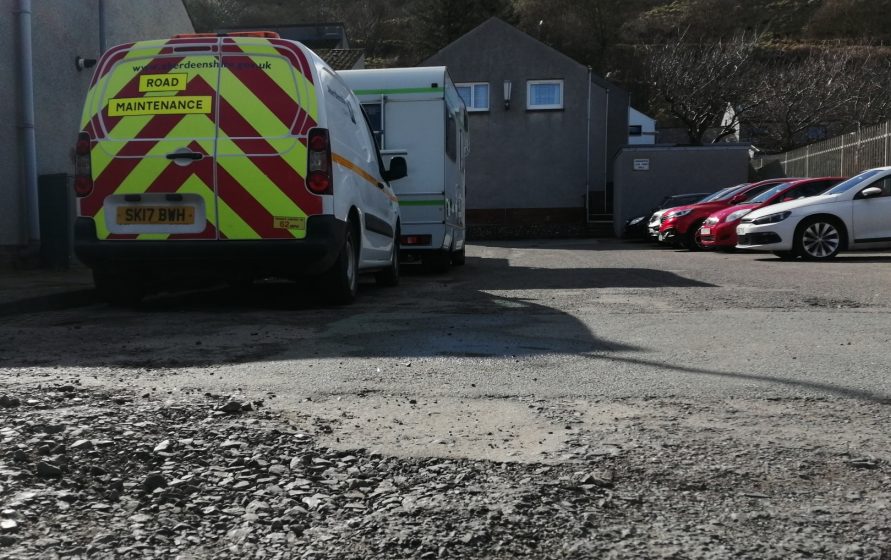 WHILE cyclists and motorists dodge poor surfaces and potholes, our roads department is unable to issue a schedule of repairs for Stonehaven as they are waiting on their budget – but priority will be given to safety-critical defects.

The state of Stonehaven’s roads was discussed at this week’s meeting of Stonehaven and District Council, when members heard there was increasing concern being expressed in the community.

Chairman Bill Watson said: ”We have received a lot more than normal enquiries on our contacts page – I think that speaks for itself.”

Dawn Black said the town’s roads had been discussed at the latest Business Association meeting. She said there was a lot of concern about David Street and at Allardice Street near the flood protection works.

Cllr Wendy Agnew said Cameron Street was also in need of repair, but she did not think any repairs would be done until the flood protection works were complete.

Mike Duncan said he had been in touch with the roads department and would like to see the road maintenance document.

”Then you can see when they are going to be doing these works – or not at all,” he said.

Cllr Dennis Robertson said there was a degree of frustration in trying to get the information required, but the situation should be more clear after the forthcoming budget.

This has since been confirmed by the local authority.

A spokesperson said: ”Once budgets are confirmed, the Roads Service will develop a planned programme of works which will be reported to the Kincardine and Mearns Area Committee in due course and which will be freely available to the public.

”As a direct result of the Covid emergency and subsequent budget constraints, the planned works we reported on back in March 2020 were generally not carried out.

”It is important to stress that while road repair works are carefully planned and undertaken as per the scheduling, these can be delayed in the event of additional emergency repairs being regarded as a priority.

”We are continuing to address the most safety-critical road surface defects which will see a focus on urgent and 5-day repairs as these receive the highest ranking.’’

Are our roads now unsafe for cyclists?

Coming tomorrow in The Bellman –

A pothole special – are they making our roads unsafe? How to report them, how they are graded – and how much they have cost Aberdeenshire Council in compensatory payments.