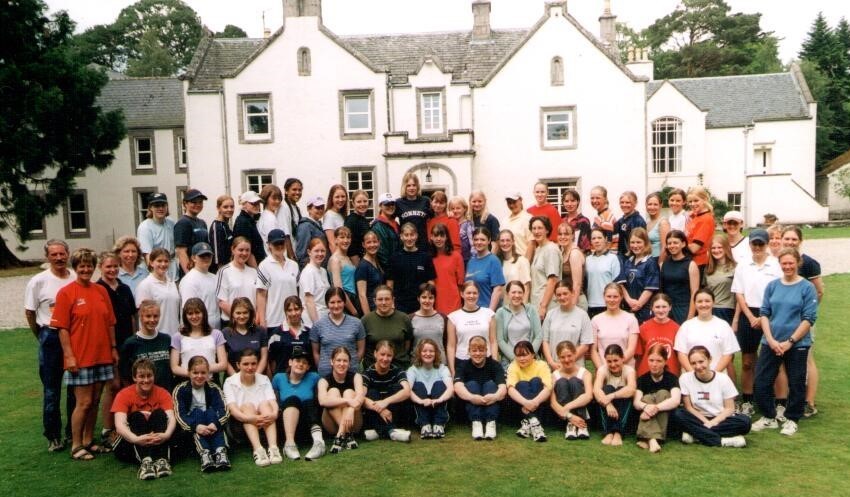 2021 is their Golden Anniversary Year

Rotary Youth Leadership Awards were started by Rotarians in Australia in 1959. It was officially adopted by Rotary International fifty years ago in 1971.

In 1983 John Tyler an American joined Aberdeen St Fittick Rotary Club. He had been involved with a RYLA camp in America and persuaded the St Fittick Club and the District that this was a project which would benefit the young people in the area.

The first RYLA Camp was held 37 years ago in July 1984 at a cost of £140 per candidate at Abernethy Outdoor Centre, Nethybridge for boys only. Six councillors (one of whom was Jim Banks) and sixty-nine boys from throughout the district attended the camp. At the first few camps there were three speakers a day and a varied programme of outdoor activities. Following four very successful camps for boys it was proposed that the programme be expanded and that girls be offered the same opportunity.

Jim along with Jenny Banks were asked to run the girls camp at Ardeonaig Outdoor Centre part of the Abernethy Trust near Killin in July 1988. Five counsellors and thirty-seven girls attended the first RYLA girls camp. As there were no women in Rotary the counsellors were selected from various walks of life. Both boys and girls camps were held during the same week and a joint day of activities at Nethybridge saw mixed teams compete in swimming, athletics and various challenges around the centre. Probably this was the highlight of the week, but all girls agreed that separate camps were best. The boys however were not in agreement!

Two very successful camps at Ardeonaig saw a huge demand for places for girls and it was decided to hold both camps at Nethybridge from 1990. There have been many eminent speakers at both camps, who have inspired and provoked the candidates. However, the most distinguished visitor to date, at the girls’ camp was the visit of HRH The Princess Royal. She addressed the girls, answered questions and watched various groups of girls tackle the mental and physical challenges around the centre. It was a great privilege for Jim to introduce her and show her round.

The programme has evolved and been fine-tuned over the years and gives the candidates an experience they will never forget. There is one speaker a day followed by a day’s outdoor activity including hill walking, water sports, mountain biking, gorge walking etc. In the evening, activities include quizzes, discussions and sports. All activities are done in groups of eight. Counsellors (now called mentors) who give up their week do so because they also gain so much, through friendship, meeting new people, enjoying fresh air and hopefully having a positive effect on the young people of today. They are the future.

Stonehaven Rotary Club continue to sponsor two places on the RYLA week-long, full-time residential leadership development course.  Last year, like so many other events, it was cancelled but it is fully expected that the 2021 RYLA Camp will go ahead over two weeks in July.  This year the Club is looking for help to fund an additional place.  This is a rare opportunity for local youngsters from age 16 to under 18 to experience and learn things about themselves, working in a team and about leading and supervising other people.

For further information on sponsorship or attending RYLA please get in touch with Angus Mackintosh at angus@amlp.co.uk