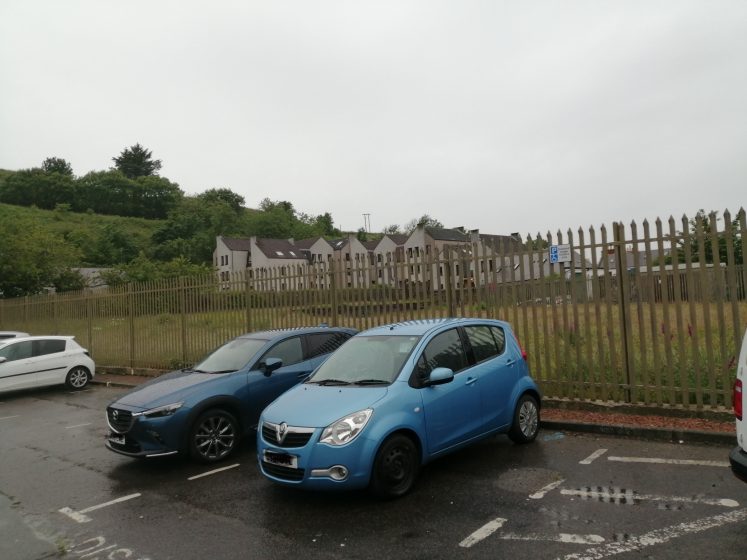 AT yesterday’s lengthy meeting of the Kincardine and Mearns Area Committee, councillors unanimously threw out Scape Homes’ plans for a care home near Stonehaven’s harbour, which would sit amongst streets, ‘designed for the horse and cart’.

The decision followed a lengthy presentation and discussion, where members of the roads department described the difficulties of access presented to service vehicles by parked cars in the narrow streets surrounding the site.

Cllr Wendy Agnew said: ”You can see the narrow streets from the Cross to Wallace Wynd. It was designed for horse and carts and that is the problem we have.”

Mrs Agnew went on to sum up the grounds for refusal of planning permission.

She said: ”I wish to make a motion. At first sight it may appear that the application is supported by the principle of Infill and Householder Policy P3. However, in my view the proposals do not comply with the provisions of Policy P3 in that the  scale, density and overbearing and intrusive nature of the development does not respect the scale, density and character of its surroundings in the conservation area, contrary to the provisions of Policy P3.

”And in particular it has not been demonstrated that that there will be no interference with existing use of neighbouring sites as required by the provisions of Policy P3 [6.2] – this is linked to the objection raised by Roads Development that the application cannot be supported [6.12] concerning access and servicing constraints and congestion as summarised in the recommended reason for Refusal as contrary to Policy RD1 of the Local Development Plan 2017 – providing suitable services.

”In my view no other material consideration overrides the material failure to comply with relevant Local Plan Policy provisions. I propose that the application be refused as recommended in the officer’s report – adding  contrary also to Policy P3 in that it has not been demonstrated that there will be no interference with existing use of neighbouring sites.”

Mrs Agnew’s motion was seconded by Provost Bill Howatson and found the unanimous support of the committee.

The recording of the meeting will be posted to Youtube – until then the link to the meeting on the agenda page of Aberdeenshire Council’s website can be used – it is the second afternoon session with this item starting at 44 minutes.

Previously in The Bellman –