The Countdown Has Started For Stonehaven’s Beautiful Scotland Entry 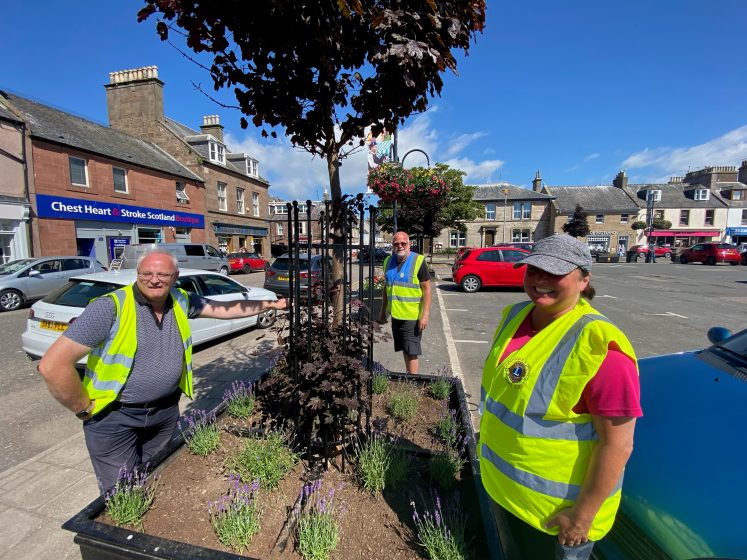 WITH the announcement that Beautiful Scotland judging will take place on Wednesday August 4, gangs of volunteers are getting into full swing to make Stonehaven look its best in the hopes of securing a medal.

The competition is a long-established environmental improvement campaign run in conjunction with the Royal Horticultural Society’s Britain in Bloom campaign. But being beautiful is no longer just about having well-tended flower beds, the judges are also looking for an awareness of our environment, and community involvement.

The competition’s theme for this year is ‘Climate and Nature Friendly’. Horizon convenor John Cruickshank said the group had prepared a portfolio highlighting their and others’ efforts in this vein, such as the recent donations to Mackie Academy for the building of bird boxes and a wind turbine that saw Horizon, the Rotary Club and the Co-op all contributing to the school’s environmental initiatives.

”But on the day, it’s all about having Stonehaven looking as good as it can,” he said, ”so no weeds, no litter or cigarette ends, everything looking clean and tidy.”

Mr Cruickshank said many of the town’s groups were participating in Stonehaven’ entry by looking after stretches of the route that will be walked by the judges. The route starts at the leisure centre car park, goes past the allotments, down David then Allardice Street to the High Street and the harbour. After a short break at the harbour to admire Pat’s Patch, the judges will be taken along the new boardwalk and the promenade back to finish at the Open Air Pool.

He said: ”There are almost too many groups to mention, but the Lions are looking after the Market Square, STP and Fireballs have taken on the High Street, we’ve got the RNLI helping out at the Backies, the Rotary Club will groom the Prom and the Men’s Shed the beach-front stretch.

”We’ve got others onboard too. The Burns Fatherland Club are working with us at The Burns Memorial Garden, and the Allotments Association and the Friends of the Pool are also looking after their areas. We even hope to have a vintage car on show on the day courtesy of the R W Thomson Memorial. And of course the Business Association members will be making sure our shops look great.”

Householders asked to ‘do their bit’

Mr Cruickshank said there was one community group he now wanted to reach – Stonehaven’s residents.

”It would make a huge difference to the town, if everyone was willing to do their best to keep their own bit of the street tidy.

”We are going to mail-shot the folks who live on the route, but really, it’s something that we could all be doing whether or not the judges are going to walk past or not.”

Caption to feature image – Stonehaven’s Lion Club have donated and helped plant new lavender plants in the Market Square. As well as looking good, the lavender plants are drought tolerant and attractive to pollinators. Lions David Lawman and Julie Lindeman are pictured with George Reid of Horizon.