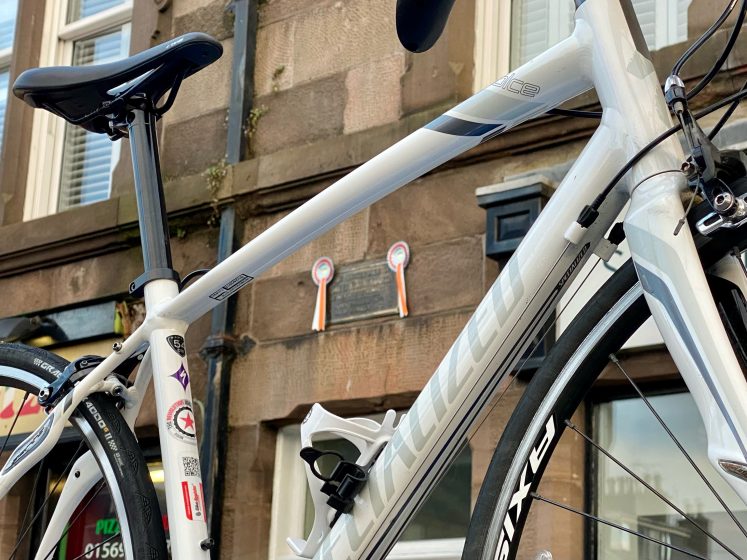 WHEN the Tour of Britain peloton takes to the road in Stonehaven tomorrow, the riders will pass the birthplace of a man who made their sport possible.

Thomson went on to demonstrate his “Aerial Wheels” in London’s Regents Park in 1847 and proved to all present that they could both reduce noise and improve comfort.

But our Stonehaven inventor was a man ahead of his time. Bicycles were only just starting to appear on our streets and cars were still some years away – so Thomson’s pneumatic tyres had no real market and were regarded as a curiousity. Some 43 years were to pass before Dunlop revisited Thomson’s invention and took it to an eager market.

Thomson’s technology has never been bettered

Since Thomson’s invention, man has travelled to the moon, made huge bounds in medicine, built structures soaring over 800m into the sky and cars reaching over 300mph. But cycle tyres are still filled with air.

Though the performance of their tyres is critical to every rider’s performance, it is unlikely Stonehaven’s little known inventor will be topmost in the minds of Ethan Haytor or Yves Lampaert as they cycle our streets tomorrow.

But a small team of enthusiasts will be exhibiting their vintage vehicles across from Thomson’s birthplace – and celebrating Stonehaven’s most important contribution to the Tour of Britain.

Stuart Allen of the R W Thomson Memorial Fellowship told The Bellman: ”Thomson patented the pneumatic tyre on the 8th of December 1845 where he described his air filled tyre ‘lessening the power required’ to pull a carriage and ‘rendering the motion easier’. His patent describes how any item using wheels can be drawn or pushed with up to 60% less force and effort when pneumatic tyres are attached and therefore travel faster.

”When one considers the everyday usage of the pneumatic tyre: it allows cars, trucks, and airplanes to move smoothly and freely and not least cyclists to travel great distances at speed under their own power. All because of Thomson’s revolutionary invention from 175 years ago,  it’s what makes the modern world go round.”

We have a new display about RWT at the Tolbooth Museum down at the harbour.