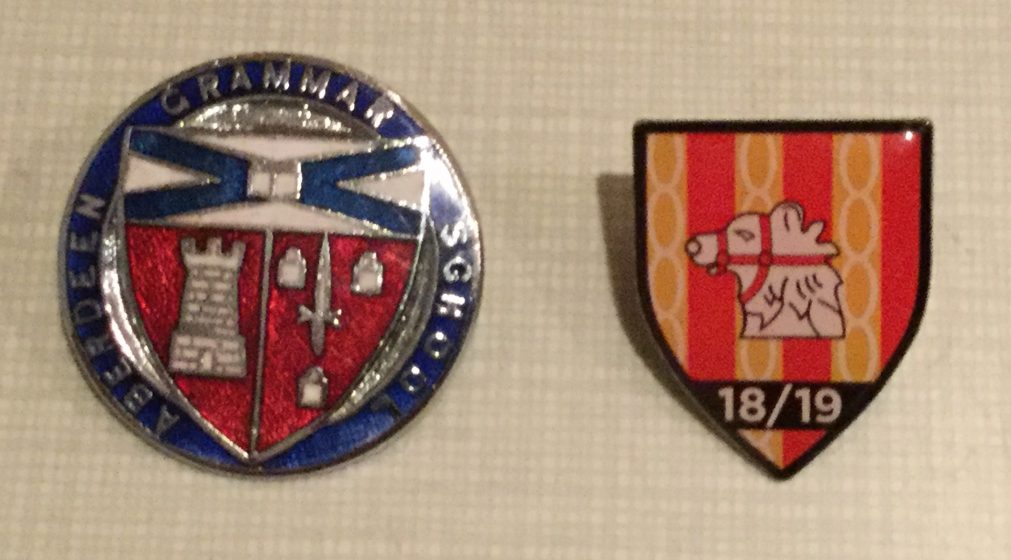 Mackie were looking for their first league win of the season having been narrowly beaten by Moray up in Elgin in their opening league fixture last weekend, picking up a losing bonus point in the process.

It didn’t take the visitors long to open their account, scoring an unconverted try in the opening couple of minutes. Within ten minutes the score was 0 – 12 when Grammar ran in another try. Thankfully, soon after, Lyle Venters, playing in the unaccustomed full back position, scampered over for a try which Mikey Mair converted.

A good break by Andy MacArthur was undone when an infringement gave the visitors the chance to clear their lines with an excellent kick to the corner. The resulting line out, though not cleanly taken, fell luckily to the Aberdeen outfit, and another 5 points were added to the Grammar total.

With the score now 5 – 17, it was Mackie’s turn to cross the whitewash with an excellent Mikey Mair try and conversion. half-time approaching the score was now 12 – 17 and Mackie were well and truly still in the game.

Unfortunately Grammar managed to score yet another converted try before the break and the half-time score was
Mackie 12 – 24 Grammar.

If the first half had started badly for the home team, the second was even worse, when the kick off went dead and gave the opposition the chance to restart on the front foot. They made full use of this opportunity and depressingly the score was now 12 – 31.

To give the Stoney boys their due, they kept at it, and scored a well-worked try when Ross Gray ran an excellent line to score under the posts. The resultant conversion from Mikey Mair brought the score up to 19 – 31.

To stay in the game Mackie had to score the next points, but it was Grammar who moved the scorecard along with both a penalty and another unconverted try.

The final score being:

This gave Grammar a full 5 league points and left Mackie nothing to show for all their efforts except a number of walking wounded, all of whom will hopefully recover In time for their next league fixture against Highland 2nd XV in a fortnight’s time At Redcloak.