Should Both Dunnottar Primary and Carronhill School Move to Mackie? 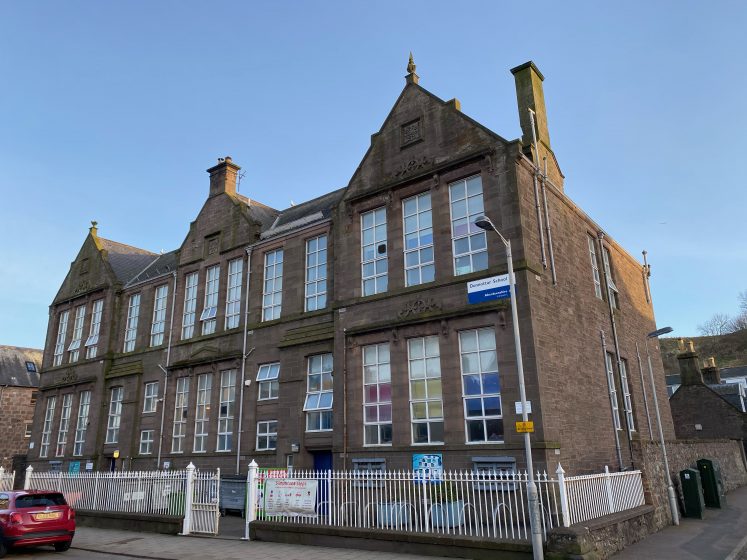 THAT is the question determining the future of Stonehaven’s schools our councillors will be asked to consider when the Kincardine and Mearns Area Committee meets tomorrow – and they have two options: both schools could relocate or only Dunnottar Primary.

When Aberdeenshire Council announced its new budget in March this year, it made a commitment to replace Dunnottar Primary School, which first opened its doors in the current building in 1889.

Today, the Victorian structure achieves poor marks on its report card. It is the only primary school in the Shire to score a C for overall suitability and it was given a D for accessibility. According to the committee report, the key issues primarily relate to the lack of accessibility throughout the school, constrained outdoor spaces and the difficult internal layout.

Since March, council officers have been assessing their options for the site of the promised new school. Dunnottar accommodates 197 children from Glenury, Braehead, the south-east of Stonehaven and the town’s surrounding rural area.

While looking for a new site, it appears problems faced at Carronhill School have also been considered by the Education and Children’s Services directorate.

Though the building has been adapted over time, Carronhill was not specifically designed to meet the severe and complex needs of the children attending. Identified issues relate to the internal layout, lack of appropriate toileting facilities and the limited availability of accessible outdoor space for the 40 pupils who currently attend.

Carronhill also houses Dunnottar’s nursery department – proposals exist to relocate it to Mackie, but these are to be progressed separately.

Clearly Stonehaven has a limited number of possibilities for projects of this size and nature. According to the report, four locations were considered:

The full discussion can be read in the report but in brief: the existing Dunnottar site is too small; Braehead is not in the Council’s ownership and is deemed too far away to be a reasonable walking distance; and Forest Park is immediately adjacent to an existing primary school.

The site at Mackie’s Ury playing fields meanwhile offers the opportunity for a campus-style education approach – deemed to bring the mutual benefit of shared resources and facilities. This model has already been delivered in Alford and Inverurie.

As indicated earlier, our councillors are asked to comment on two proposals:

Option one: relocate only Dunnottar Primary School to a new facilty at Mackie Academy costing £9.5 million.

There will be rezoning and a public consultation

While our elected members have an opportunity tomorrow to state their preferences and flag any concerns, the community at large will also be allowed some input.

As the report states: ”These proposals will be subject to a requirement for statutory consultation because they would involve a relocation and a rezoning exercise. Prior to embarking upon any formal consultation process, Learning Estates will lead an extended period of informal engagement with the community, staff and parents, to help inform the
delivery, design and outcomes of these projects.”

Read the report, listen to the debate

The Kincardine and Mearns Area Committee convenes by Skpe tomorrow, Tuesday September 21, at 10am. An afternoon session will continue at 1pm. The Stonehaven Primary School Provision is the last item on the agenda.

The full agenda, its associated reports and links to join the meeting are available online.

So let me get this straight. A site at Braehead is too far for pupils from the old town and… erm… Braehead, but The Mackie playing fields is not. I remember some pretty arduous cross country routes whilst a pupil at Mackie. None of them were as sadistic as to go as far as Bogwell Lane or the “field” at Braehead! Even with re-zoning, the proposal removes quality green space that made Mackie stand out compared to other academies in the area; especially in addition to the pool. You might as well move Mackie from Ury to Cowie, as there’s some nice green space that hasn’t been completed ruined yet down there.

I never understood why no school was ever built in designated School Road and a care home took it over – why??