Community
Letters to The Bellman
By bellmannews / October 19, 2021 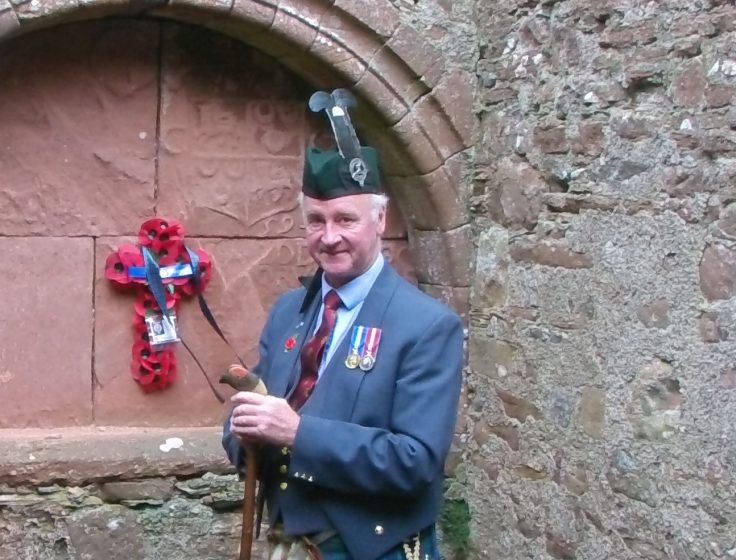 I have become aware that there is a bit of chat on social media and around Stonehaven about myself and Rickarton Estate and I hope you will allow me time to put my side of the story.

By way of background, the Bairds bought the Auchmedden Estate, near Fraserburgh, in 1534 and Alexander Baird bought Ury Estate from the Barclays in the 1850s and shortly after Rickarton Estate from the Rickart-Hepburns. Sadly,my Grandfather had to sell most of Ury in 1946, to pay the punitive death duties of the time.

All through history my family is steeped in public service, my Great Grandfather was Governor General of Australia in the 1930s and my Grandfather, Viscount Stonehaven, served in the House of Lords and as a local County Councilor.

Most of the ‘new’ Town of Stonehaven is built on Ury land and Baird Park and much of the main square area was given to the council or community by my Grandfather over the years.

I have taken on our family’s mantle and provided fishing for the Stonehaven Angling Club and facilities for the Mackie Rugby Club for many years. Sadly the neighbouring ground to the Rugby Club, managed by a local resident, was sold recently and the Rugby Club were given notice to quit on their practice pitch. This has snowballed, due to the Rugby Club being so successful that they have outgrown the area I have let to them. Sadly I don’t have the funds to rent the Rugby Club a bigger area, until a developer wishes to buy the existing pitch between Redcloak steading and the Council Recycling centre. I will be extending the lease on an annual basis so that the Club continues to have a pitch to play on until they can find a permanent home.

I allowed the Recycling centre to be put on my land, Aberdeenshire Council having been unable to find anyone else near Stonehaven who was prepared to entertain them.

More recently, many dog walkers get enjoyment by walking on the Cheyne Hill, on the Slug Road, without the need to keep their dogs on leads. I took the decision to take all the livestock off the hill several years ago, on the understanding that people would refrain from walking on the rest of the Estate, so that I am allowed to carry out my
farming business, principally sheep, without undue disturbance.

The Meikle Carewe windfarm gives our Community a large cheque each year for local projects, rather more I might say,than I receive as rent. Our Viewmont Planning Committee originally decided to refuse planning permission in 2011, even though it was supported by the Council civil service, by one vote. It went to Appeal and the Reporter thought the grounds for refusal were so spurious that not only was the decision overturned, but all costs were awarded against Aberdeenshire Council.

The current application for the Craigneil windfarm is, surprise surprise, in the same position due to a motion by the Chairperson to refuse. Let’s hope the Reporter’s decision doesn’t cost us, as taxpayers, another huge bill to be paid from Aberdeenshire Council’s budget.

I support a number of local businesses, who rent land or buildings on the Estate at very preferential rents and also provide local rural housing.

In another role, the Lord Lyon of Scotland commissioned me to be Commander of Clan Baird in 2019. I have become involved in the Stonehaven Twinning Initiative, which I see as a huge ‘hand of friendship’ to towns in other Countries, with the platform to provide all sorts of local initiatives with other communities in the World. Clan Baird has just given a Challenge trophy for the Houff Hill Race, usually run in conjunction with the Stonehaven Highland Games each year.

I also give the Christmas tree in the Town Square each year, free of charge.

I also provide the reception party at Dunnottar for Vetrun 180, a charity supporting challenged Royal Marine veterans, before they start their adventure across country through Rickarton Estate and ending up at the Ardnamurchan lighthouse on the West Coast.

The Houff on Ury is the burial ground and Mausoleum for the Barclay (Quakers) and Baird families and I will soon, in conjunction with other groups in Stonehaven, be bringing forward plans to restore it to it’s former glory, so that it is treated with the respect it deserves. My Grandfather, Ian Baird, later Keith, is the most recent person to be buried there, so it is a very special place to me and my family and also an important part of Stonehaven’s heritage.


Hopefully I have painted a different picture of the awful, remote Landowner, with no sense of Community, but that is for you to judge ?