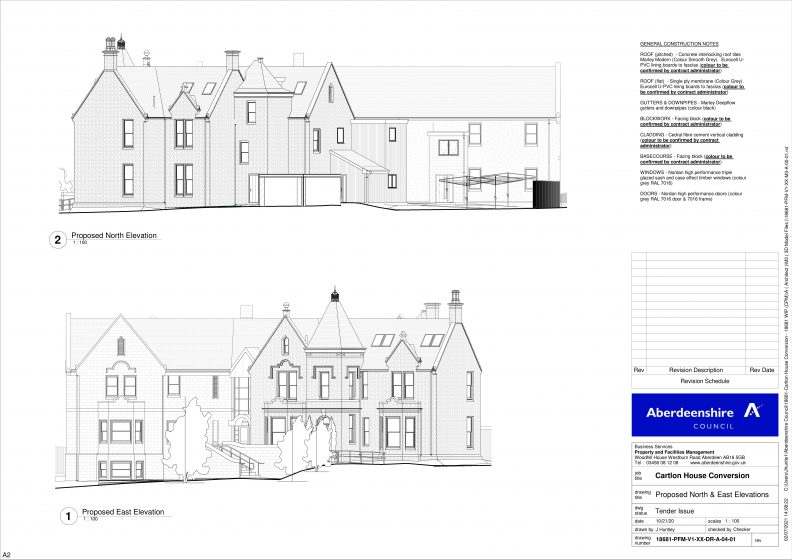 COUNCILLORS voted today to grant permission to Aberdeenshire Council Housing Department for the conversion of Carlton House building into 16 flats.

At their meeting in October, councillors deferred their decision for a site visit. Today, as before, several of the councillors had to excuse themeselves from the discussions and the vote – Cllrs Howatson, Agnew, Dickinson and Carr. For their remaining colleagues, there was a split in opinion between the conversion being ‘a good use of the building’, or ‘overdevelopment of the site’.

One point of concern raised by those objecting to the proposals was the visual impact of the bin store located close to the opening onto Arduthie Road. The committee were told a second site had been identified that would be satisfactory to the waste services – using an area near the access steps that is currently filled with shrubs and trees.

Good use of building

Saying Aberdeenshire Council had a great need for social housing, Cllr Sandy Wallace was quick to lay down his cards. He proposed the committee granted permission.

Cllr Alison Evison sought reassurances on the siting of the disabled parking bay and said she had concerns about lighting at the development. If a lighting strategy were required, she said, she would second the motion to grant permission.

”The site visit was really informative in terms of location, overlooking and access. I feel it is a good use of the building,” she said.

Carlton House was originally an Edwardian villa. Cllr Ian Mollison questioned the loss of original features, noting two rooms that retained their original character, with decorative ceilings. He found support in Cllr Colin Pike, who said the loss of architectural features was ‘rather sad’.

Mr Pike said he fully appreciate the architect’s desire to maximise the space to achieve as many dwellings as possible. ”But I feel this is overdevelopment of the site,” he added.

And Mr Pike said councillors should ‘take cognisance’ of those public comments about the bin stores.

But when it came towards the vote, Mr Wallace said no commercial applicant would be offering alternative solutions, and that the application should be granted as it stood – and he found support from his colleagues who voted by five votes to two in favour of granting permission with the bin store located as indicated in the original plans.