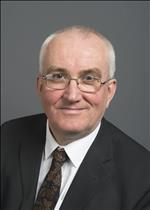 A COUNCILLOR was remonstrated with for indulging in a political ‘rant’ at this morning’s meeting of the Kincardine and Mearns Area Committee.

After a lengthy presentation on Aberdeenshire Council’s work on tackling poverty, Cllr Sandy Wallace took a pot shot at his committee colleagues. Mr Wallace said the reasons for poverty were falling income and rising costs that were due to choices that had been made in society.

And, saying he was addressing his colleagues who represented political parties, he said: ”This is your watch guys, you caused this poverty by the policies that you promoted – and continue to choose to promote. This issue will continue until you reject these policies.”

Giving no time for any response, Mr Wallace, then announced he was leaving the meeting for an hour.

Mr Wallace, who was elected representing the Conservative Party before defecting to the Scottish Libertarian Party, was therefore not present to hear committee solicitor Martin Ingram state for the public record they were not yet at the stage of party elections.

”The purpose of the meeting is the business of Aberdeenshire Council, not the respective parties to which members may be affiliated,” he said.

Mr Wallace later used an application for funding for the Dickinson Memorial Hall as a premise to make further political comment.

Committee chair Cllr Wendy Agnew said: ”Councillor Wallace, you had your rant last time. It is innapropriate as far as I am concerned. If you have a comment that will hlep then yes, but this criticism for no reason I don’t understand. You can carry on yes, but I don’t want any more of this rant like last time.”