Last Ditch Invercarron Appeal to be Made 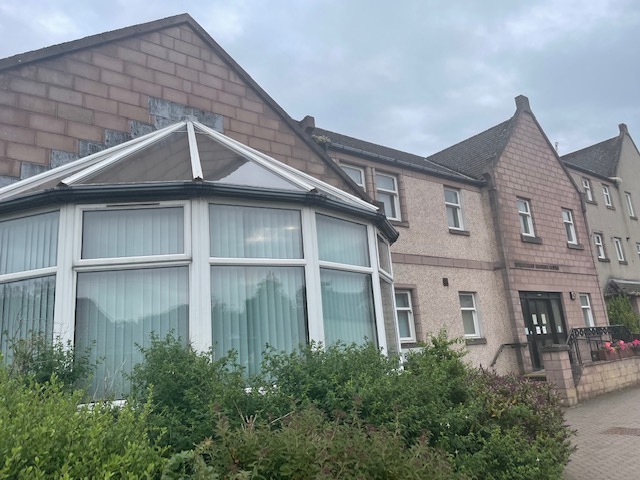 Only that afternoon, our area committee had attempted to block the move to turn the Invercarron into Stonehaven’s vaccine clinic – but even as they did so, they knew the necessary approval could swiftly be granted by the chair of Aberdeenshire Council’s Communities Committee.

David Lawman summed up the feeling that Stonehaven had been disenfranchised from the decision-making process.

”It is very disappointing. The local community has had absolutely no say in the matter,” he said.

”What are we going to tell Mrs Coull about where her husband is going to go?”

Members aired their anger at Aberdeen Health and Social Care Partnership’s warnings that without the Invercarron Resource Centre, there could be no vaccine centre in Stonehaven – meaning everyone would have to drive to Banchory.

Dawn Black described the move as ‘financial blackmail’ and said, though matters had been presented very badly, Stonehaven did need a vaccine centre.

Ian Hunter meanwhile said he felt SDCC should not be backing off for any reason.

”I know it is a bit extreme,” said Jim Stephen, ”but where do we draw the line. Threaten us – is this the way this town is going to be treated? This is quite unacceptable.

”We should be taking this as far as we can.”

Cllr Wendy Agnew who chairs the Kincardine and Mearns Area Committee, and who used her casting vote to refuse the conversion procurement, said she had been almost speechless with fury at the area committee meeting.

She added: ”I can assure you I am not yet backing down.”

And, taking advice from Mrs Agnew about how the procurement paper in question would be handled, SDCC resolved to send an immediate letter of appeal to the chair of the Communities Committee, who is expected to be asked to give its approval.

In June 2021 many of the users of the Forest View Centre were advised that they no longer were required to use the facility at Forest View. This left one half of the building vacant. It is interesting to note that some weeks after I had spoken about the Forest View Centre, the Health & Social Care Partnership decided that they were to introduce two NHS dental surgeries at the Centre and therefore there was no room for a vaccination centre at Forest View. There is a surplus of outside space at the Forest View centre where two or three portacabins can be placed to either use as a vaccination centre or use as dental surgeries. After all Dunnottar School pupils have been taught in two portacabins for over 15 years without any detriment to their education. All along I have felt that the choice of the Invercarron Resource Centre seemed to be a vanity project for the HSCP. The HSCP have not followed the principles regarding provision of services in that they did not engage with the community before deciding that they would take over the Invercarron Resource Centre for a Vaccination Centre

Thank you for your comment Irene. I just wanted to say I have heard nothing of Forest View Centre being vacated, so trust this is local speculation. Cllr Wendy Agnew proposed the Forest View Centre as an option but with the needs of the existing users and a dental clinic already on the cards there, AHSCP say there is not enough space.

The Resource Centre is most definitely not suitable for a Vaccination Centre due to
a substantial lack of parking. Nor is it accessible by public transport . Has access been evaluated?

Has the Council looked at alternative sites more suitable for their requirements?

I believe that Carlton House, next to Viewmount, in the Station Road, and belonging to Aberdeenshire Council, is no longer in use and should be evaluated as a more suitable venue.

I have heard that the Forest View Centre is to be vacated soon, belongs to Aberdeenshire Council, a site that should be considered too.