Community
Letters to The Bellman
By bellmannews / March 14, 2022 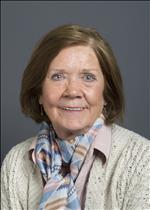 I sit here to address the Communities Committee in the hope that the committee will take the view that the built-for-purpose Invercarron Resource Centre at Stonehaven, much used and highly valued by elderly and by vulnerable people, should not be sacrificed to accommodate a vaccination centre which as a find in fact can be provided elsewhere in Stonehaven – denial of which fact is without credibility. In addition, the fully operational commercial kitchen in the Resource Centre makes it the obvious well-equipped respite centre in time of severe storms.

The provision of vaccination centres was intimated in 2018 and provision in Stonehaven should have been properly addressed in the planning and in full properly informed consultation in 2018 – 2019.

In the event Aberdeenshire Health & Social Care Partnership issued a paper dated 11 June 2021 concerning the move of the vaccination centre from Stonehaven Leisure Centre to the Town Hall, and intimating, “in confidence”, the intention to move the vaccination clinic to the Resource Centre.

I received an email from the Health & Social Care Partnership dated 16th December 2021 citing “special urgency” and asking me to approve procurement works to the Resource Centre to provide a vaccination centre – reply required by ‘close of play’ 17th December. I refused, not least because I considered the request to be out-of-order and potentially unlawful.

The Public Bodies (Joint Working) (Scotland) Act 2014, under ‘integration planning principles’ (and integration delivery principles) requires, among other things, that services should be provided in a way that – “is planned and led locally in a way which is engaged with the community”. That never happened in any meaningful or informed manner – to blame this on Covid-19 is complete nonsense.

Also, there was no contact with elected Councillors until the issue was forced and officers of the Health & Social Care Partnership appeared at a virtual meeting of Ward Councillors; result – the Area Office has a record of material questions that were not answered by officers of the Health & Social Care Partnership.  Not only is that not acceptable, it is also indicative of the unacceptable manner in which this whole matter has been conducted.

When the matter was first scheduled to come before the Kincardine & Mearns Area Committee the Health & Social Care Partnership had to withdraw their Report because it contained an incorrect statement of fact – again indicative of how matters were conducted.

When the matter returned for consideration I made plain that any ‘direction’ made by the chief officer or by the Integration Joint Board was not binding on the Area Committee despite the impression given, by design or default, in the Report by use of the words ‘Aberdeenshire Council’.

That said, in the event it was plain that the Area Committee had no so-called delegated powers in that if the Committee did not agree the recommendation the matter would go the another committee – by this time any casual observer of all this would be forgiven for being in disbelief.

My rhetorical question is simply this – how do you think any elected Aberdeenshire Council Member or Community Council member feels who seeks to pursue a logically sound and a practically and factually sound case on behalf of those they represent, but with their hands tied behind their backs and in the knowledge that the matter had been decided before their involvement – but wait – at the heart of this whole matter are the elderly and the vulnerable who stop me in the street and tell how they do and will feel at losing their resource centre. I do not want an answer to my question, but I tell you, I and they want the whole matter properly, openly and honestly re-examined, and I place on record that however this turns out I am not finished – I carry on to raise elsewhere what I and others consider to be unacceptable acts and omissions of Aberdeenshire Health & Social Care Partnership and Others in this case.