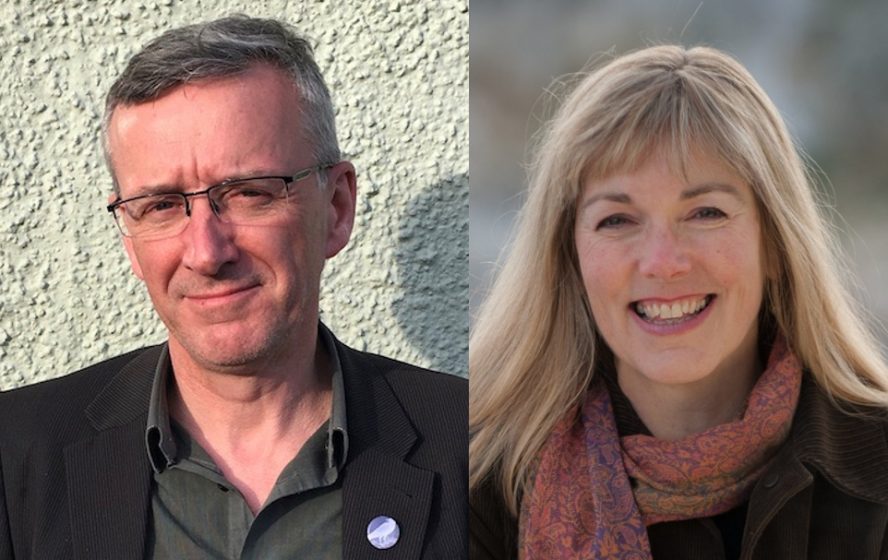 An Aberdeenshire writing group enjoyed a double whammy of inspiration at their recent workshop. Mearns Writers spent a creative day with poet Charlie Gracie and novelist Merryn Glover at the event held in Stonehaven Community Centre and on Zoom.

Charlie led the morning session, which was dedicated to writing about place and a sense of belonging. Merryn spent the afternoon taking members through an exploration of narrative voice.

Mearns Writers’ founder Alistair Lawrie said: “These workshop sessions are invaluable both for the opportunity they allow for stimulating and developing ideas and in the focus they give to honing our skills as writers. We’ve several more planned for the coming months.”

Glasgow born Charlie Gracie has published several poetry collections and his first novel in 2019. He was the 2020 official Scriever for the Federation of Writers and a former chair of the Scottish Writers’ Centre. His work has been listed for several short story and poetry prizes. His new poetry pamphlet, Belfast to Baillieston, is due to be publis99999hed soon.

Merryn Glover was raised in South Asia and Australia but now lives in Scotland. Her second novel, Of Stone and Sky, won Bookmark Festival Book of the Year, She’s also a Guardian diarist and her current project is The Hidden Fires: A Cairngorms Journey with Nan Shepherd.

Mearns Writers has over forty members living in and around Stonehaven and Inverbervie. The group was originally set up to promote and enhance creativity and mental wellbeing. It produces a wide range of writing, including songs, plays and essays. There are several published and award winning authors among Mearns Writers’ membership.