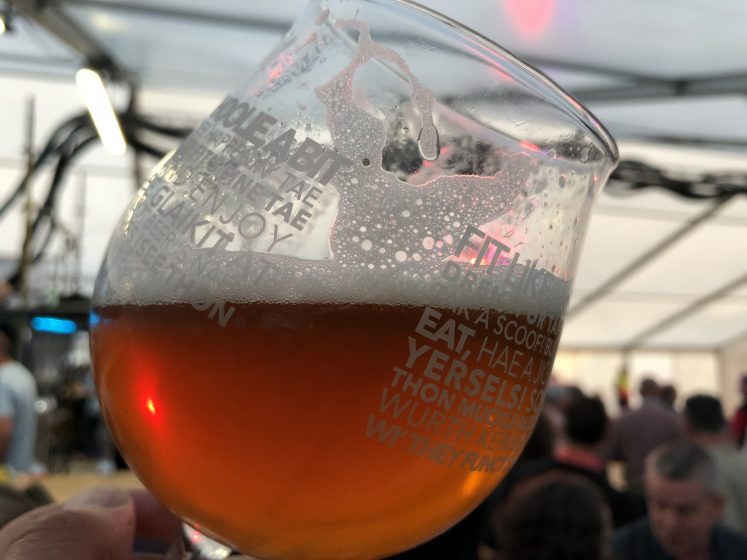 VOLUNTEERS from Stonehaven were among those recognised this week by Aberdeenshire Voluntary Action.

At an event on Thursday, marking Volunteers’ Week, individuals and groups from across the Shire were given certificates in appreciation of the work they do in our community.

Aberdeenshire Voluntary Action, AVA, offers support and advice to the huge army of committed volunteers who do work as diverse as supporting youngsters with stomas to pulling pints for charity.

And it was exactly the latter that earned Robert Lyndsay AVA’s appreciation for his running of Stonehaven’s annual beer festival, the Midsummer Beer Happening . The owner of Six Degrees North Brewery and the Shorehead Marine Hotel has been organising these events since 2009. Each year more and more people have enjoyed the combination of real ale, music and a cycling sportive. And since it started, £177,000 has been raised at the Happening and distributed among a wide range of local charities.

Meanwhile a Stonehaven man who did not hesitate to use resources at his disposal to help households who had lost power during the storms had his volunteer spirit awarded. Martin Anderson, managing director of Hydrus Group, took generators to vulnerable people in need in and around Stonehaven. The Round Table member has also helped Stonehaven Town Partnership by allowing the land train to be stored in his works’ yard.

And Stonehaven Horizon’s efforts to pull together many other groups in the town in the run up to last year’s entry into Beautiful Scotland competition was described as being, ‘so positive for the whole town’.