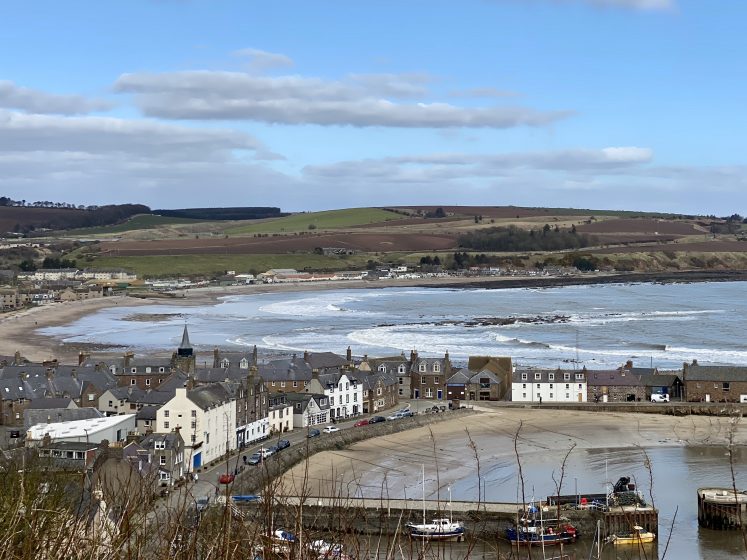 In the Spring of this year, when the full implications of the corona virus upon the world’s population started to hit home, the British government introduced a series of measures in an attempt to prevent the disease’s spread. Overnight, the day to day lives of citizens was turned upside down as we were instructed to remain behind closed doors, barring exceptional circumstances, and as time went on further restrictions were introduced including the closing of schools, pubs, restaurants and virtually every other venue you’d ordinarily expect to attend. Families were asked to remain in physical contact with only those who resided within the confines of their ‘bubble’ (a new expression injected into society to describe an intimate collection of people), events were cancelled at a stroke, professional sports halted, and all manner of social gatherings banned. The routines, habits and, in some cases, ‘essentials’ of life, were put on the shelf as we got on with a ‘new normal’ (there’s another fresh expression) which effectively meant parking oneself in front of the telly and driving your co-inhabitants mad. Or, if you lived alone, driving yourself mad.

There were periodic addresses from our respective heads of state; Boris and Nicola, as they took turns in updating us with the latest number of deaths and newly diagnosed cases while availing us of revised social distancing protocols. In the early days these rules were pretty straightforward; stay home, wash your hands, exercise once a day, that was about it, but revisions were gradually introduced according to your geographical location (lockdown easing they called it) that served to bewilder as much as inform. While it didn’t necessarily become a free for all, there was plenty of evidence across the country that people weren’t treating the virus as seriously as they might. In Bournemouth for example, a hot sunny Saturday found the beach teeming with folk as strangers basked shoulder to shoulder under blue skies, and other resorts too had thousands descend upon them despite pleas to the contrary. Police were called to various locations to deal with gridlock on roads leading to beauty spots as folk seemed hell bent on escaping the confines of home despite the dangers this promised.

Different people have different values I suppose, and different moral compasses, and for every hundred fastidious, handwashing mask wearers, there appeared to be at least one cavalier ‘anything goes’ merchant beating his chest as he swaggered, unmasked, down the shopping aisles, oblivious to the harm he might be causing others. You get them, but perhaps I’m being a little hypocritical if I absolve myself of any rogue practice during these turbulent times. I wonder where you sit on the sliding scale that journeys from outright adherence to Covid protocols to downright anarchy?  If I’m honest, while bemoaning the actions of the beach bums down south, I fell somewhere between two stools, neither locking myself in an ivory tower dressed in an astronaut suit twenty four seven, refusing to so much as look at a photograph of a non-immediate family member, nor brazenly charging about town mask free, shaking hands and kissing everyone within a ten mile radius. I accepted the seriousness of the situation but resented it too, adhering to regulations through gritted teeth rather than in gracious concession. I knuckled down with the rest of Stonehaven’s inhabitants as we took our corporate hiding, but cut an occasional corner here and there hoping the neighbour’s curtains didn’t twitch.

In the early days the streets in Stonehaven were deserted, quite literally. I live on Barclays Street, in the centre of the town, and would travel regularly to see my kids in Auchenblae (12 miles) and not pass a single vehicle. Friends would point out it’s because my banger has an engine incapable of powering a hairdryer, but regardless, there’d be very few cars overtaking me on the A90. The town’s roads were the same, you could quite easily stick your motor in neutral at the top of Arduthie Street and coast all the way downhill to Allardyce Street without once needing to apply the brakes. Indeed you could have driven on the pavement if you liked, they too were entirely vacant.

Boredom and lack of exercise soon proved to be a problem so like many others, I’d go out walking after a while, and one of my earliest walks during the first lockdown was as surreal an experience as I can remember, certainly since (literally) bumping into Christopher Biggins while crossing a busy street during a holiday in New York. (A tale not though as surreal as my brother, Stuart, carrying Frank Sidebottom’s head to its owner’s taxi following an after show party, but that’s another story).

Anyway, as I wandered down to Stonehaven’s harbour on a bright blue skyed day, the tranquility above was beautifully matched by the stillness below. Usually when you’re down by the harbour you’re tripping over cars, kids and dog walkers as you saunter past the sprinkling of drinkers that line the stone wall in front of the Ship and Marine pubs, admiring boat owners as they proudly buff up their vessels. But today the harbour area was completely empty, I was the only person around, not a single car lay parked along a wall typically concealed from the human eye by an unbroken line of vehicles. Even the seagulls had scarpered. It felt like a scene from a horror film, all I needed was a clanking flag pole in the breeze with the accompanying evocative soundtrack.

I perched myself on a bench at the far end of the harbour wall, the B&B’s kitchen window behind me declaring ‘no vacancies’ (B&B’s were usually busy this time of year but were prohibited from receiving guests right now). I sat in splendid isolation, feeling like the last man on earth. There was a deafening silence which no car or boat engines punctured, no motion prevailing from any quarter to distract my attention. You could have heard a pin drop. Everything was static, nobody was present and I felt like I was sitting in the middle of an oil painting. I could have stripped naked and moon danced along the length of the pier without fear of arrest (but declined the notion given it was a little chilly).

It became clear to me there and then that, from the very outset, the townsfolk of Stonehaven were steadfastly respecting the Covid regulations that the government had delivered; stay home and stay safe, and they weren’t mucking around. I’d expected a significant degree of rule flouting in truth, but folk seemed to be in full observance as they endeavoured to protect the health of themselves and their community by remaining behind closed doors. A daily walk was permissible, the government didn’t want people’s bodies or mental health seizing up entirely, so I had every right to be outside for a short spell, but I’d happened to chose an hour, quite by chance, when nobody else seemed to fancy an amble. I hoped that was the case anyway, rather than word having been put out that Russon was on the loose. Yes, this was the moment when it hit home just how seriously folk in the town were taking this thing.

After a period observing deathly silence from the comfort of a harbourside bench, I took to my feet for an advance back into town along a high street, also completely empty, a far cry from New Year’s Eve when folk’d be standing shoulder to shoulder as fireball wielders paraded up and down. Tumbleweed was the order of today though, not enflamed chicken wire, and after a wander through the auld toon I reached home having spent forty five minutes without seeing a single soul. This lockdown caper was feeling very real, Stonehaven folk were tackling it head on.

Excellent article, Alex. A valuable reflection on a time that will not be easily forgotten. I’m sure we can all identify with your experiences. Let’s hope that we will eventually get back to leading our lives in a way resembling some form of normality.