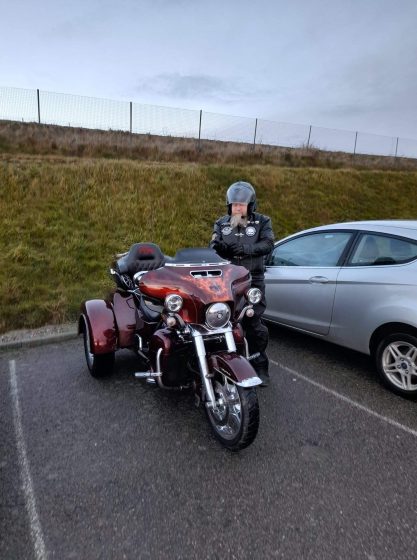 Back in the eighties, when I last played the game of golf with a degree of capability, I’d often be found out on the course with one of the two Douglas brothers; Jack or Keith. Sadly, I then discovered alcohol (unrelated incident) which I devoted myself to for the next two decades, a sorry tale which I’ll save for another day. An 8 handicapper at the age of 16, I then barely touched a golf club until my mid thirties and my early promise amounted to naught. By the grace of God, I’ve been sober for sixteen years now, but it’s fair to say my golf has suffered irretrievably and my current handicap of 14 is far from an unjust one. I’ve just never really got the mojo back and hack around the course in a damage limitation exercise these days.

Meantime, while I was drinking myself to the brink of oblivion for twenty years, the brothers Douglas, both of whom I played with this week, continued to play their golf without stinting. Such dedication has seen them achieve handicaps as low as 3, a feat of which they should be rightly proud. I don’t consider it unfair therefore, given his virtual scratch player status, to expect my winter league partner, Keith Douglas, to take the lead when contributing towards our team tally. Yet once again this week he was to be found wanting.

This accompanying photograph shows you how he arrived at the course on Sunday, his scorecard later suggesting that he’d left his leathers on for the entirety of the round. He shanked his approach shot at the first, topped his drives at the third and eleventh and hit fewer greens in regulation than Birmingham City have won league titles. We meekly hustled our way to a mediocre score of 67, my good self steering the ship to respectability, and now face the very real prospect of not qualifying for the finals. We need to step it up big style, or rather, Douglas does.

The round wasn’t without its comedy moments, aside from Keith’s shank at the first. (My uncle Eric Soutar, by the way, would walk straight off the course if he hit a socket, or ‘Lucy Lockett’ as he called it. Perhaps Douglas should have followed his lead). On the12th green the witless goon trod in a foot deep puddle and spent the remainder of the round with his right foot squelching with every step, however this wasn’t the only instance of misfortune. Earlier in the round, as we departed from the 7th tee, Jack had found himself spread eagled, face down in the mud having lost his footing, his trolley making haste towards the gorse bushes below. Stifled titters met his descent but we struggled to repress them when he rose to his feet looking for all the world like a scrum half who’d just spent eighty hard minutes on a sodden Murrayfield.

Our hapless fourball was completed by Charlie Gordon, a left handed player who struck a deceptively long ball, albeit a luminous yellow one. His half swing back-lift didn’t threaten to shift the ball a significant number of yards towards the target but he boomed it a hefty distance nonetheless. Quite what he made of his three playing partners is anyone’s guess; Jack covered in mud, Keith’s beard touching the belt on his trousers and my good self talking in a language completely foreign to him (Brummy). Nevertheless, he manfully soldiered on and carded a very respectable score despite the distractions around him.

To say the Douglas/Russon partnership is behind the eight-ball is an understatement, we’re gonna need to defy the odds to qualify for the finals, but never say never. If I can get over my chipping yips and Douglas can return to somewhere near the form of a 3 handicapper we may have a chance. I’ll certainly play my part, I’ve booked out the practice area from noon till night for every day this week, but whether I can persuade my playing partner to get with the programme and take his golf rather more seriously is another question. It’s time to step up Douglas, or ship out.