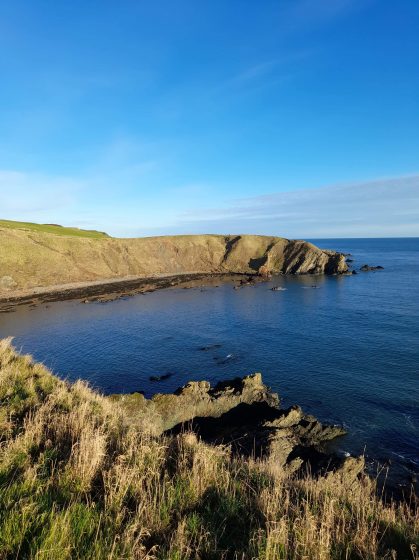 For those with young children, the lockdown presented a number of challenges (understatement of the year). With the schools closed from March, the lockdown trundled into the annual school summer holidays and it would be five months before they’d open again. Life without daily routine soon began to take its toll on children and adults alike, (another understatement).

The education system hadn’t stopped, teachers were still hard at work presenting lessons in a ‘virtual’ sense, with kids dialling in from their laptops and collecting set work from online portals. There’s no adequate substitute to face to face teaching, but with physical school attendance impossible, a digital alternative was the only option. Parents and guardians across the region would now become familiar with the daily trauma that teachers faced, ie. persuading kids to concentrate rather than staring out of the window or horsing around. The challenge of crowd control was perhaps even more testing at home though, because distractions were multiplied. At least in a classroom you can confine kids within four walls, but try concentrating a child’s attention when he or she’s situated within the familiarity of their own home. For example, the very dining room table where a child might ordinarily scoff two meals a day, and play Minecraft on a laptop, was now their chamber of hurt. It’s not easy straight jacketing a child for a lesson on logarithms at the same table they frequent to flick garden peas at brothers and sisters.

And so family walks soon became the ‘go to’ pressure valve loosener. When things were starting to get fraught, and throats on the verge of being throttled, walking became the release. Seasoned walkers might snigger at the notion that folk were only now discovering the merits of walking, but millions of people hitherto accustomed to little exercise, now found a world beyond their work stations, computers and televisions. I count myself amongst them. Aside from walking the fairways of Stonehaven Golf Club, I’d usually be hard pushed to visit the corner shop without clambering into my motor first, but with all of this time now on my hands, and me going stir crazy alone in the flat, a walk was a very attractive option. I’m so glad I started though, it opened my eyes to the sheer beauty of the area in which we live. I always knew it to be pleasant, but the many walks I had during the lockdown had me appreciate this corner of Aberdeenshire more than ever. We’re blessed to live here.

My children took some persuading mind, announcements that we’d be walking going down like a lead balloon. I have two boys (12, 7) and a girl (14), they live with their Mum in Auchenblae. She enjoyed much more success dragging them outdoors than I did, the four of them walking along the back roads to Castleton Farm or along the narrow lanes to Drumtochty, down to Auchenblae’s Den or around the perimeter of the golf course. But on the occasions when I attempted to persuade them to go for a wander, I’d have to resort to bribery, promising them an ice-cream from Giulianotti’s. (There are a selection of ice-cream options along the walking route but by nominating Giulianotti’s in the centre of town, near to my flat, I could dangle the carrot for the entire walk to ensure they kept going. I ain’t daft you know).

There were a number of routes for us to take, Stonehaven having so many beautiful vantage points in and around it, but I favoured a particular walk up to the war memorial. Mercifully, we had tremendous weather throughout the months of lockdown so could luxuriate in warm temperatures under sunny skies, otherwise I doubt my powers of persuasion and outright bribery would have worked. In terms of apparel, it was mostly short sleeved order, the higher you climbed the warmer you’d get, so we tried to factor that in to our preparations, well I did. It’d be me having to carry the jumpers when the kids peeled them off complaining it was too hot.

You’ll have had your pet favourite walking routes I’m sure. For some it’d be a brisk walk along the promenade, from the open air swimming pool to Salmon Lane before an onward wander along the boardwalk to the harbour. For others it’d be a tootle along the cliff paths, up to Skatie Shore behind the golf club, or a trundle through Dunnottar Woods, poop scoop in hand in readiness for the dug’s daily ablution. For us however, it’d be a climb up to the War Memorial, using the old Montrose Road that winds its way up the hill from Carronhill. A steep walk but an exhilarating one, revealing Stonehaven’s beauty with every step, the gradual incline giving an even more glorious view of the town and shoreline each time you placed one foot in front of another. Looking over the rooftops of the old town beneath, the panoramic view has the beach homing into sight, the esplanade, and in the foreground the primary school, the old courthouse and the Carron bridge. A few steps more and you’re higher still, the harbour beneath you, equally as beautiful whether the tide’s in or out. It’s transfixing looking down on the town from up there, and across at the craggy cliffs bordering the golf course. It’s a heck of a view, even my children would pause for reflection, a tribute in itself.

In the early days, my intention would be to walk the extra mile beyond the War Memorial, along to Dunnottar Castle before looping back home again, but it soon became clear that my kids had no intention of traversing that far. My father would have suffered no such insolence, but I’m a soft touch, and considered it a triumph to advance as far as the monument. My capitulations were pretty pathetic but you choose your battles in life don’t you and the prospect of dragging three moody urchins to Dunnottar Castle on a sweltering day wasn’t an attractive one.

The descent wasn’t always happy, despite the promise of ice cream at the finish line. There’s a shortcut, a steep, narrow path that takes you from the old Montrose Road down to the harbour, but it’s to be tackled with caution. The gradient is such that if you don’t use your feet as brakes, your momentum takes you down the hill quicker than anticipated and twice Ernie took a tumble, once twisting his ankle and another time ending face down in a patch of stinging nettles. The ankle injury was soon dealt with, a rub down and a cuddle doing the job, the nettles incident however proved rather more traumatic, he was still bawling ten minutes later. It’s no fun having your arms, legs and face stung by a forest of nettles, worse still when you’ve banged your head on the way down.

Once down the treacherous pathway, we were just one right turn from the harbour and it’d be here that the adventure really began for the boys. The walk along the stone bricked wall was obligatory (them not me) until they got close enough to totter down the sloped sidings and onto the sand. It’d take me a good half hour to drag them back up to terrafirma after they’d horsed around at the water’s edge, sand caked to their trainers, their bodies soaked from the hips down. Emily would sit on the bench next to me until the boys re-joined us, eyeballs glued to her mobile phone, and we’d then complete the last leg of our jaunt, along the boardwalk. It’d be a job to bypass the temptation of the Pier’s ice cream selection, a queue of masked punters snaking out the door, but bypass it we would as we advanced to the shoreline for the home straight.

I liked to walk this direction because it gave me the opportunity to regale them with tales of my youth. Although spending the majority of life in my hometown of Birmingham, as a teenager I spent four years living in Stonehaven, more specifically in that house on Salmon Lane where all the flood defence work has been going on. My bedroom was at the rear of that house, overlooking the beach, and I’d go to sleep every night listening to the waves crashing in, the seventh one always the loudest (bit of useless information for you). Such serenity was a blessing to a kid accustomed to a sprawling conurbation like the West Midlands where he’d be serenaded to sleep by police car sirens and house alarms. Stonehaven felt like another world.

I was blessed to live in that house, but my stories of yore were a yawn to the kids, they weren’t interested in their father’s misty eyed recollections of childhood. They could smell the ice cream by now, and my mind turned from memories of yesteryear to focus instead on how I might occupy three tired children for the next several hours. Thank the Lord for Xbox.