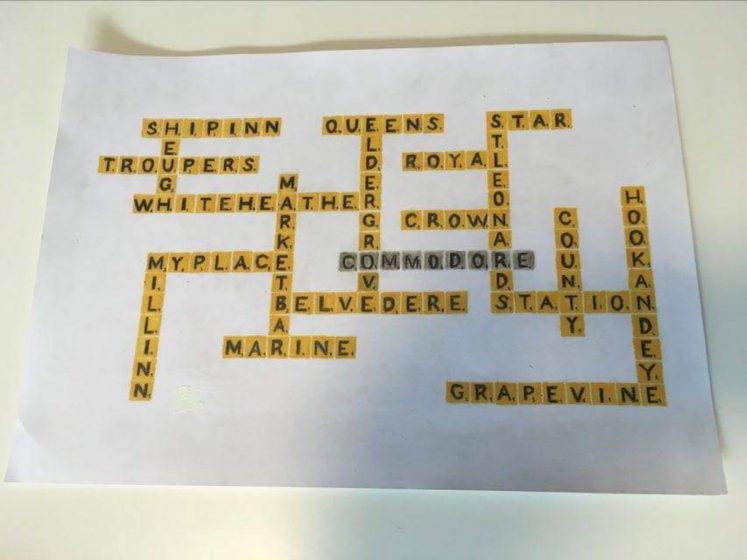 Who knew that her majesty the Queen and I had something in common? We both boast two birthdays. Liz’s actual birthdate is April 21st but she also has one on the second Saturday of June, a tradition the monarchy started so that the nation could celebrate with her in balmier summertime weather (true dat). As for me, I choose to space my birthdays further apart, in August and March, and while two birthdays may appear something of an extravagance, I have my reasons. Let me explain…

My actual birthday is August 29th, but much more significant to me is my unofficial one which falls on March 9th, a mark in time when my universe changed dramatically. Today, March 9th, marks seventeen years precisely since alcohol last passed my lips and I can’t tell you how relieved and grateful I am to write those words. I spent two decades in a boozy, aimless haze, existing not living, and to be free of it feels priceless.

Why am I telling you this? Well, because I’ve the utmost compassion for anyone struggling under the vice like grip that addiction holds you in and I’m praying my story encourages those in the throes of addiction to investigate the possibilities of a life without a substance at the heart of it. Believe me when I tell you that if I can get sober, anyone can.

I hope you’re not where I was, despairing regards your powerlessness over alcohol, but if you are, please know that there are genuine grounds for hope, you can turn from substance misuse and live a more fulfilling life. A good life is out there for you, it’s just an arm’s length away.

My drinking started at fifteen years old, right here in Stonehaven. It was the mid eighties and I was hanging around with a bunch of mates, trotting out that pitiful teenage lament known the world over, “ there’s nuthin to do round here’. In truth, if we’d have put our mind to it, there were a myriad of things more preferable to do than mess around with alcohol, but we wanted to be ‘mannies’, so we hunted down boozers who’d inadvertently serve under agers. Licensing regulations seemed much more lax then, I doubt we’d get served as teenagers today, but we hoodwinked a few of Stonehaven’s bars into selling us beer, and after a slow start, I soon excelled at my new found hobby. Alcohol gave me confidence, Dutch courage, and I transformed from an ‘also ran’ on the periphery of my social circle, to the main attraction. I had an identity now, Russon the boozer, and where before I clung onto the coattails of others, I now found myself centre stage, always relied upon to provide the weekend entertainment by getting minkit and acting the giddy goat.

I moved down south straight after my Mackie Academy secondary education and attended Birmingham Polytechnic. (Remember polytechnics? They were pretend universities for those of us not smart enough for the real thing). I took with me a wardrobe of clothes, a set of golf clubs and the beginnings of an alcohol addiction which was to ‘blossom’ into the real deal as I grappled, ineffectively, with the transition from adolescence to manhood. By now I was well practiced in acting up at social events by drinking a bucket and with further education representing a licence to live freely, I took full advantage. Locating half a dozen like minded boozers on my polytechnic course, we facilitated each other’s burgeoning addiction, thinking we were big and clever as we developed pot bellies, palid skin and tall tales. It seemed fun and if I’m honest, it was fun for a spell, drinking, laughing and falling over, but it wasn’t fun for long and there comes a day of reckoning.

When I left polytechnic and started full time work I had the solid foundations of an alcohol addiction which would blight my life for years to come. It limited my career opportunities, stunted my development as a mature adult, desecrated relationships, ruined family gatherings, sabotaged holidays and alienated me from any concept of a fulfilling, peaceful life. I won’t trot out the war stories because, in a perverse way, it glamourises a way of life that’s fit only for the gutter. Suffice to say though that for every supposedly memorable session with the lads, there were dozens of regrettable drinking binges, often alone, leading to heartache, remorse and regret. In the fulness of time I was to find that it wasn’t big and wasn’t clever to devote your life to the worship of a mind altering substance, but alcohol is a deceiver, subtly wooing you into a path of destruction which it’s difficult to turn back from.

Alcoholism starts slowly and gradually entices you into its clutches before trapping you in a cycle that appears irreversible. You want to celebrate something? Take a drink. Had a bad day and need a pick me up? Take a drink. Feeling betrayed, hounded, under pressure? Take a drink. Before you know it alcohol is your answer to everything, punctuating every aspect of your existence. You’re either drunk, drinking, hungover or planning the next opportunity to imbibe. Utterly tragic it is, you feel completely trapped and your loved ones can only look on in despair, suffering even more than you do, their sense of helplessness palpable as they witness your descent into alcoholic oblivion.

I got to a place where alcohol cost me a marriage, a career, friendships and a gallery of missed opportunities. And that’s sugar coating it. Over the course of a few short years I became an alcoholic, drinking being my modus operandi for almost two decades. For the last three years of my drinking I desperately wanted to stop but felt powerless. I’d quit for a few days, sometimes even a few weeks, but because I’d not killed the desire off at source, I soon returned to it, always to discover a new rock bottom. But then, through the grace of God, I found help…and it’s here where one story ended and another began. March 9th 2004.

I sought the help of an alcoholism counsellor and it was a life changer, the first step to a road of recovery which had me smelling roses again, appreciating the simple blessings of life, living not existing. I want to tell you that the help I benefitted from is available to you too, and to those of you living with the trauma of a loved one’s drinking. There are individuals who will help you, who’ve walked the walk, who’ve lived this thing and who’s experience and education can assist as you deal with the horrors of addiction. In my case it was an independent counsellor who lead me on the road to freedom, in other cases it’s the support of Alcoholics Anonymous or local agencies who specialise in the treatment of addiction (Aberdeenshire Alcohol & Drugs Partnership for example are a tremendous help, I can’t recommend them highly enough). In the case of families and friends of alcoholics, there’s an agency like Al-Anon, dedicated to the support of those at their wit’s end with the drinking of someone close to them. Regardless of your situation, please be assured that there’s very real, tangible help on offer, all you need to do is accept the invitation offered.

I never thought I could get sober, it seemed an absolute, impenetrable impossibility, my life had descended into such an alcohol reliant chaos that there appeared no hope whatsoever. But I was wrong, help was at hand, life changing help. I’d suggest that you’re wrong too if you think the game’s a bogey, that you’re destined to a life of addiction, that substances have an unassailable control over you. The truth is that there is hope, there is help, there is a new beginning available to you. Investigate the following places and I’m confident that the addiction which may be blighting your life right now can be conquered, leaving you to enjoy a fulfilling life of peace with endless possibilities.

Congratulations Alex. Thank you for sharing your story.

Thank you Karen, thank you too Margaret and congratulations on your continued sobriety, great work ???

What an amazing story thanks so much for sharing it. I had no idea. Congratulations on your 17 years sober birthday.

27 years ago I never thought that I would thoroughly enjoy the years that lay ahead of me without alcohol. Many thanks for sharing your story and congratulations on your special birthday.