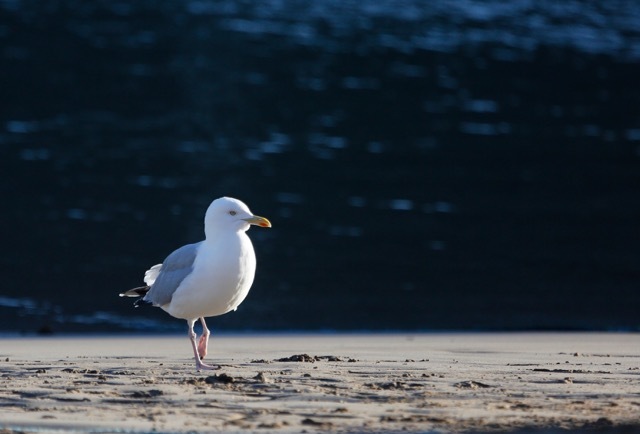 AFTER raising the problems caused this year by the increasing number of seagulls in the town, members of Stonehaven and District Community Council have been asked to a meeting of the Infrastructure Services Committee.

The invitation was extended by Cllr Colin Pike, who while representing North Kincardine, was in attendance at last week’s meeting of the Community Council.

The seagulls’ noise, mess and swooping attacks suffered by locals were described by Dawn Black. Her comments were echoed by new member Janine Esson, who also made a plea for Aberdeenshire Council to undertake pavement washing.

Mr Pike said the problems caused by seagulls was due to be discussed at an Infrastructure Services Committee meeting later in the year. He said SDCC should address the committee.

”I think if you address the committee and put forward the experience of the town it would help focus their minds,” he said.”

Chairman Bill Watson thanked Mr Pike for what he called, a ‘very helpful suggestion’ and proposed SDCC take up the offer.

Speaking after the meeting, Dawn Black said: ”In Stonehaven the situation with Herring Gulls is becoming increasingly worse since the species have been made a red endangered species. Although we acknowledge the importance of protecting birdlife we also have to balance this with the needs of the community within our town.

”When it was permitted to cull eggs from the nests of the gulls the population was kept under control and we did not have the amount of aggressive behaviour that is now seen in our harbour and town centre as the adults protect their chicks. The sheer volume of birds that now inhabit the whole of Stonehaven creates constant, inordinate noise and the mess that they create with their droppings is an environmental health hazard.”

She added: ”Yes, it is expected to have gulls in a seaside town but when they become a menace something needs to be done. The council of this coastal area have a responsibility to the residents to work towards a solution to the seagull problem rather than putting the onus on the householders and businesses to take potentially costly measures on their properties, which frankly only move the seagulls to a new location, simply shifting the problem rather than controlling it.

”The SDCC hope that Aberdeenshire Council will see fit to apply for licenses to recommence the egg culling programme and sustain this through future years.”