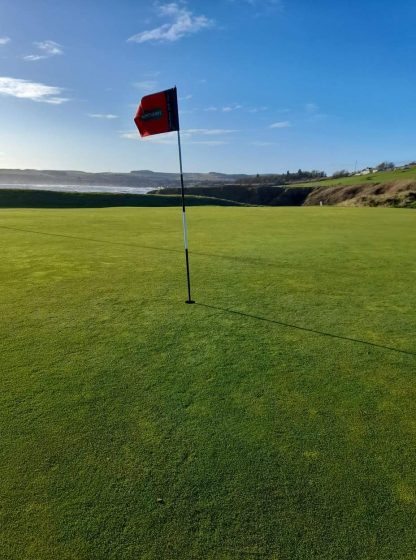 This weekend, after twenty weeks of bobble hatted golf, Stonehaven Golf Club’s winter league reaches its climax. Well, the league format does, the qualifiers rendezvousing the following Saturday for Finals Day when winners take all.

There are three winter league sections; Singles, Doubles (Gross) and Doubles (Nett). A combined total of 145 participants have competed across this trio of formats since the league began back in November. All began the season with the best of intentions but only a handful will be requiring an early night a week on Friday in preparation for the grand final the following morning.

Some participants fell by the wayside early on, work commitments, family responsibilities or just plain rank golf precluding their continued involvement. Others have seen the season through despite an inability to threaten qualification from the very get go, myself included, and still others sensed a sniff of glory until early promise proved a mere precursor to a subsequent apologetic slide down the rankings. All competitors have enjoyed the weekly opportunity to stretch their legs and enjoy the beauty of SGC however, and it’s been a successful winter season for everyone in that regard.

But also-rans, hapless hackers and three stabbers aside, we’re now left with the cream of the crop, the serious contenders, a collection of three dozen golfers still in with a shout of glory after five months of doughty golf. Hats off to each of them for reaching this, the business end of proceedings. Here are the runners and riders, their average scores after 9 qualifying rounds are shown but, weather permitting, this weekend will prove the 10th qualifying round so it’s still very much all to play for.

Brian Hardstaff, Ian Shearer and Jacek Nowak are well positioned to come up on the rails if the players currently in 7th and 8th falter, but frankly anyone below 11th position might as well have a long lie.

There are three other pairings but none have an earthly chance of qualification now. It’s simply a case of the top 4 looking to post a score that improves their chances on Finals Day. A special mention goes to the wooden spoon ‘winners’ Russon & Cameron, the first recorded pairing in club history to end a season of gross doubles with a score averaging over par.

There’s no room for complacency unless you’re in the top two slots with three other pairings close behind. The R Bell/D Bell, J Hepburn/D McKay and A Officer/C Arthur combos wait in the wings, ready to take advantage of any unfortunate final round blips.