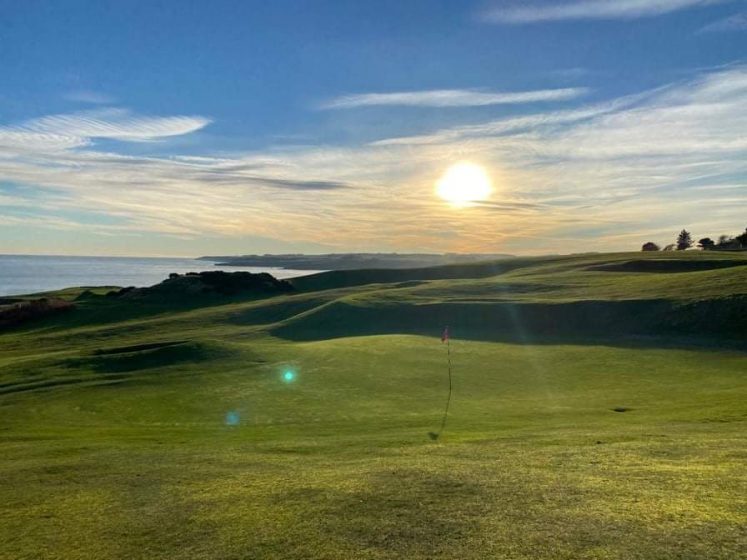 And lo, it did come to pass that the Winter League reached it’s twentieth week, and verily did the following gladiators step forth to Finals Day on March 19th…

The winner will be the golfer with the highest points total on the day when combined with their carried forward league average score (detailed above). With that in mind it’s still all to play for, a hot putting streak from any of the pack giving the front runners reason to tremble.

As with the Singles contest, the winners will be the teams with the lowest scores on the day combined with their carried forward league average score. Irvine/Fraser may feel confident but a restless Friday night’s sleep and below average total come Saturday might open the door to other contenders. Riddell/McAllan have proved themselves capable of nurdling it around in 57 this season and a last Taylor/Murdoch hurrah might have them coming up on the rails. The Dempster/McGillivary duo however are rank outsiders, their lame putting an Achilles heel of late as they’ve toiled listlessly into the grand final. They’ve got no chance.

It’s surely fate for the Hepburn/McKay combo to clinch this year’s Doubles Nett title. By rights they should be in Asda this Saturday carrying out the weekly grocery shop, or stripped to the waist on the front drive cleaning the car. However, with the second place duo of Neal/Henderson unable to attend, the fifth placed team duly qualify for the final. There’s only two shots separating the leaders from the back markers so plenty of scope for an upset, particularly if the leaders feel it prudent to consume eight pints and a curry on Friday night.

Good luck to all participants, the rest of the membership salute you for your dedication over the winter months. Winter league is competitive yes, but the positive spirit shared by all competitors is the key to its success and in that respect there’ll be over a hundred winners.