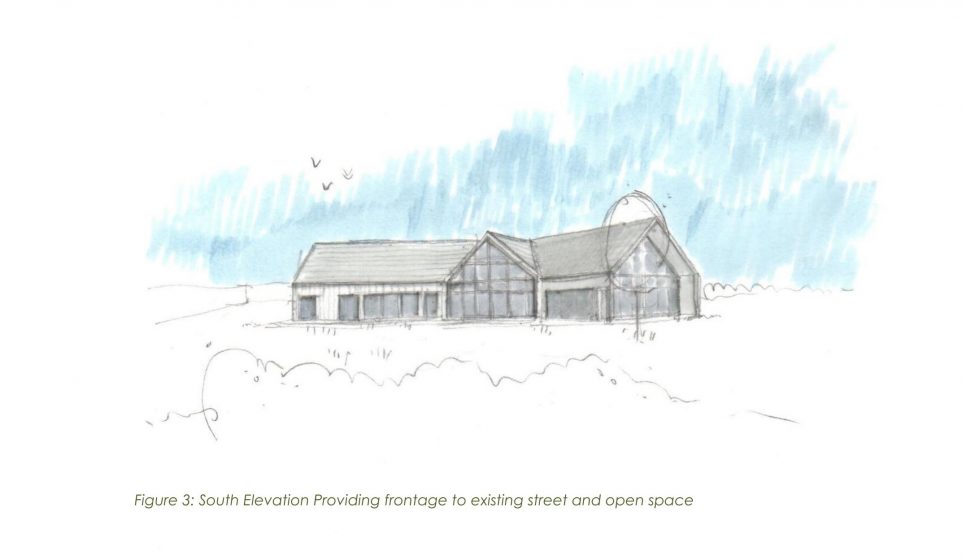 IT APPEARS Stonehaven and District Community Council will make no comment on proposals for a house and community amenities at Riverside Drive after a chaotic vote on the matter provided no clear outcome.

David Morisson wants to build a bungalow on the belt of land he currently owns and maintains. This land is outside the settlement boundary, so classed as countryside. If he gains permission Mr Morisson will transfer ownership of the remaining swathe of land to the Stonehaven Town Partnership, with areas allocated to three community groups – the Horizon Group, Grampian Tigers Youth Cycling Club and the Scouts.

The debate over what has proved a contentious planning application was carefully orchestrated before this week’s SDCC meeting – ten minutes were allocated each to those speaking in favour, against and to the community councillors themselves for discussion.

Spokesmen stepped forward for the Stonehaven Town Partnership, the Horizon Group, Grampian Tigers and the Scouts – all described the benefit new amenities would bring to their members old and young and to the community at large.

Riverside resident Gillian Wishart then took the floor and summarised many of the objections listed by those opposing the scheme – including condemming Mr Morrison’s current stewardship of the land saying it resulted in ‘monoculture’.

Two community councillors took no part in the vote or the discussions as they also represent STP.

David Lawman was the first to speak in support of Mr Morisson’s application; he focused on the benefit to the community, which he felt was greater than that offered by past developers.

He said: ”This is one house, yes, a big one, but the pay back to the community is significant.”

Mr Lawman said the housing estate where he lived brought only a play park.

He added: ”To me this is something positive from one house, in comparison to what a lot of builders have done over the past 20 to 30 years.”

But the nature of the link between the proposed house and the community benefit made Ian Hunter uncomfortable.

”Are we now in a situation in planning matters that people can offer us money if they get plans through?” he said.

The only way the proposals could be legitimate, he said, is if it was a builder with a number of houses – so perhaps that is how it could be viewed.

”But I am very concerned about the linkage,” he added.

Paddy Coffield said we have planning policies for a reason – and the land was countryside.

”If you look at the size of the house and how it encroaches onto that area, it is quite unjustifiable,” he said.

He found support in Janine Esson, who said she used the land herself and didn’t think SDCC should support the house being built on countryside – though she felt having the land transferred to STP would ‘be amazing’.

Alistair Lawrie asked if anything currently prevented the Scouts from using the land.

He added: ”I feel the problem of the house is just too great.”

Paddy Coffield restated his objection saying the number of current users of Mr Morisson’s land might outnumber those who would benefit from the community transfer. He proposed a motion to oppose the application – and it appeared this was going to be accepted as a conclusion by the chairman Bill Watson.

But Ian Hunter said there should be a count of votes.

David Lawman swiftly countered Mr Coffield’s motion and found a seconder – and so it went to the vote.

This was compounded by the difficult mix of online and in person contributions. The exact result of the vote is even yet to be confirmed by checking the recording of the meeting – but there were clearly almost equal numbers voting in support of the application, against it, or choosing to abstain.

Alistair Lawrie noted the even split and said the community council should move away from the motion. Nothing further was said as the chairman turned immediately on to the next item on the agenda.

If it has, and if you would have liked to voice your opinion on behalf of your community, then now is the time to consider becoming a member of SDCC as all 20 seats round the table come vacant for re-election next month. An actual election will only be required in the somewhat unlikely event of more than 20 candidates coming forward.

Featured image – the bungalow that may be too high a price to pay for the land becoming a community asset.